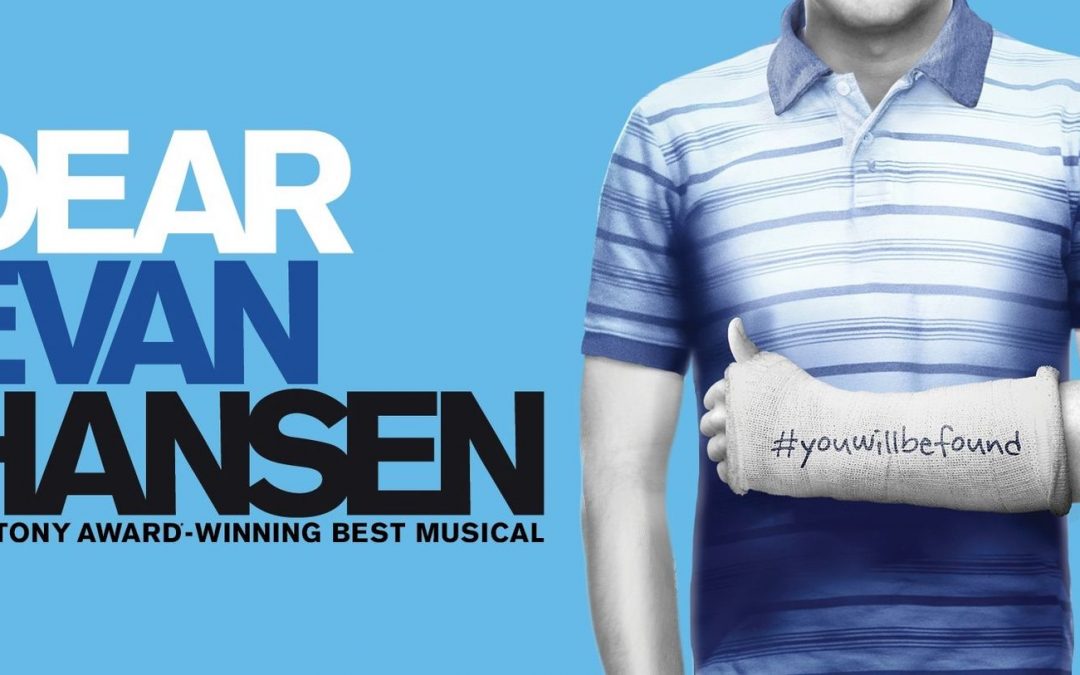 The class of 2021 eased into their sophomore year with a trip to New York City, exploring exhibits in the Museum of Natural History and and seeing the Tony Award-winning “Best Musical,” Dear Evan Hansen.

With not a single textbook or laptop in hand, the grade split up onto four buses and headed on a 90-minute ride to the city. After reaching the museum, they were divided by advisories, perusing the various exhibits at the museum. Unlike previous years, when a scavenger hunt was assigned, the students had the freedom to pick which exhibits they wanted to visit with their advisories. Many of the students appreciated this change; Meghan Durkin (IV) explained, “I enjoyed the museum more than I anticipated because I got to see exhibits that I thought were interesting, as opposed to a plan created by our advisors.” From fossils to dioramas filled with cavemen, the first segment of the trip maintained a good balance of fun and education.

After eating lunch in the museum, the students made their way back to the buses and headed to the theater. Despite a slight accidental detour, all 150 sophomores eventually made it to the correct theater, where they watched the 2 o’clock showing of Dear Evan Hansen. As the students crowded up the stairs, many stopped for snacks, waiting anxiously for the musical to begin.

Dear Evan Hansen tackles themes of bullying, loneliness, and suicide — daunting topics that many teenagers face today. Sanjana Biswas (IV) said, “The musical was relevant to the modern times we live in, and the portrayal of social media and its platform was very accurate.”

The musical begins with showing two teenage boys who struggle with depression and anxiety. Evan, the protagonist of the musical, desperately seeks to step out of the shadows and be noticed. We see Evan’s yearning for true care and appreciation through the passionate performance of his song, “Waving Through a Window.” His mother, juggling school and work, struggles to be there for Evan, and his therapist suggests he write letters to himself to help his self-confidence (hence the name Dear Evan Hansen). The other teenage boy, Connor Murphy, is briefly introduced to the audience before committing suicide.

Through a series of unfortunate events, one of Evan’s letters to himself, which discusses his troubling thoughts and anxieties, is with Connor on the day he commits suicide, and is misconstrued as Connor’s last words being addressed to Evan. Stuck in an impossible situation, Evan hopes for everything to blow over, but ends up meeting with Connor’s family almost every day and pretends to have known Connor as a best friend. All of Evan’s dreams begin to come true – he lands the girl of his dreams, feels the warmth of a loving, present family, and becomes famous on social media. To know how Evan fares throughout the rest of the musical, you will have to go and see it. From the actors to the captivating music, it is no wonder that Dear Evan Hansen has won so many awards.

After the show, the sophomores headed back to Pingry, their first day of school having come to an end. 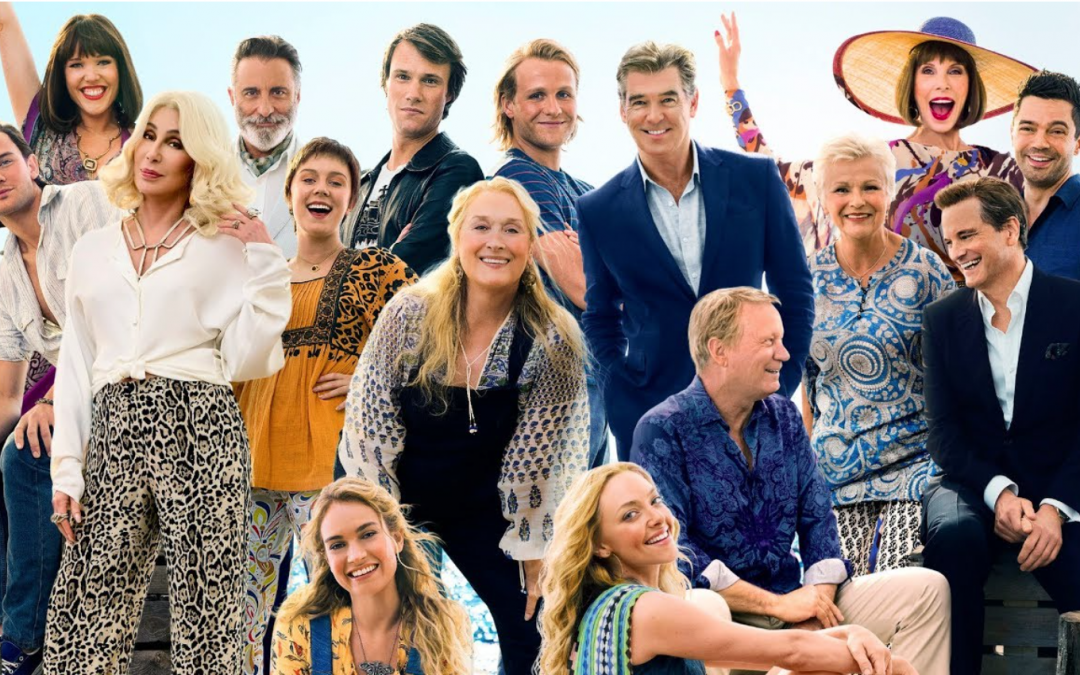 Sing and Dance Along in Your Seats to Mamma Mia 2: Here We Go Again!

Ever since the movie Mamma Mia was released, fans (including myself) have been anxiously waiting for a sequel. Ten highly-anticipated years later, Mamma Mia 2: Here We Go Again! is finally here! Directed by Ol Parker, the film had my friends and I singing joyously and dancing out of our seats in the movie theater.

The movie includes two concurring storylines, one of young Donna Sheridan (played by Lily James) and the other of her daughter Sophie Sheridan (Amanda Seyfreid) in current times. Circa late 1970s, young Donna has just graduated from university and is eager for adventure. The story details how she meets young Bill (Josh Dylan), Harry (Hugh Skinner), and Sam (Jeremy Irvine) trekking through Europe and ultimately makes her way to the Greek island of Kalokairi. In present day, Sophie grapples with her mother’s (Meryl Streep) recent death, the responsibility of reopening the hotel her mother started, relationship troubles with her husband Sky (Dominic Cooper), and an impending storm potentially preventing her two fathers, Harry (Colin Firth) and Bill (Stellan Skarsgard), from attending the reopening.

No doubt, the best part of the film is the musical numbers. Covers of songs from the first movie are beautifully sung with their own twists while still respecting the original versions.  Classics such as “Dancing Queen,” “Mamma Mia,” and, most notably, “Waterloo” all come to life again under the new direction. In the first version, the ABBA tune “Waterloo” was played during the closing credits as the cast danced and sang along.  In the sequel, the song is revised in a scene that takes place in a local Parisian cafe with young Donna and Harry. The song is performed in an elaborate fashion, with berets, baguettes, cartwheeling waiters, and French Revolution-esque costumes stealing the show. The corniness of the new “Waterloo” adds an amusing, engaging charm the older version did not possess.

While acknowledging the musical foundation of the first film, Mamma Mia 2 is able to create new songs that fit seamlessly in the plot and are remarkably catchy. When young Donna graduates from college, she performs “When I Kissed the Teacher,” a song that represents the provocative, audacious, and spunky side of Donna’s character to which we are just being introduced. Lily James superbly embodies young Donna’s free spirit throughout her quality vocal performances.

To offer a point of criticism, although I respect Ol Parker’s decision to take on the massive plot, the constant back and forth between time periods is confusing to follow at times. With that being said, however, what I admire most about Mamma Mia 2 is its goal to not attempt to recreate the plot and success of the first movie. For example, most people disagree with the inclusion of Meryl Streep-as-Donna’s death and argue that the exclusion of the actress hurts the movie. But after viewing the film, I conclude that it was a shrewd decision. Even though it was risky to remove an icon like Meryl Streep, the entire movie pays homage to her; the retelling and glorification of Donna’s life story is the most prominent and sentimental element of the whole movie.

The amazing collaboration of the new and old casts, catchy music, and a complex plot with twists and turns throughout make Mamma Mia 2 a hit. If you are ever in the mood to dance and sing along to some classic, uplifting tunes, I strongly recommend seeing Mamma Mia 2 as soon as possible.