Peter and the Starcatcher Brings the Magic to Pingry 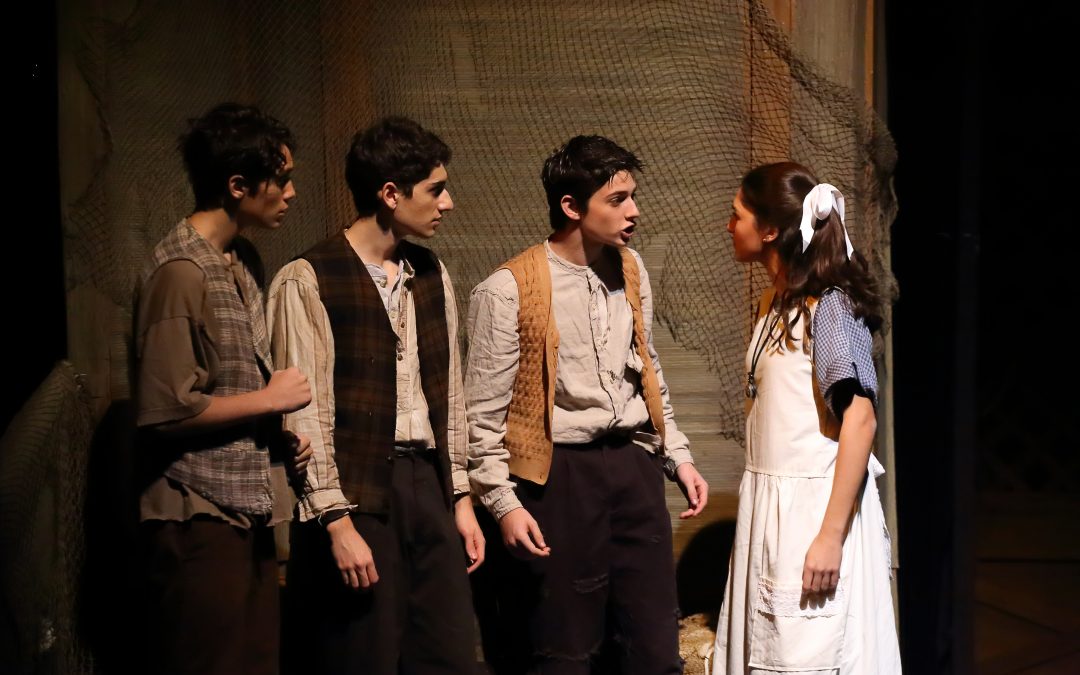 Peter and the Starcatcher is a tribute to an orphan boy’s journey to discover his identity as the now well-known Peter Pan. Peter and two other orphans find themselves on a ship known as the Neverland. Soon, a girl named Molly Aster approaches them and tells them about a secret mission that only she can fulfill. This mission leads us through several adventures that greatly influence Peter’s journey to becoming Peter Pan.

The show delivered in many unexpected ways; everything from the costumes to the lighting made the show incredibly professional. Although the cast and crew were only high-schoolers, the story they told transported the audience to another world. We embarked on an adventure with the characters, allowing our minds to reach new limits.

Although the entire cast contributed to the making of this phonomenal play, Jack Lyons (VI) stole the show. He played the Black Stache, an evil pirate with a thirst for power. With his English accent, black mustache, and great acting, he kept the audience members sitting on the edge of their seats. Lyons gave a consistently wonderful performance, and, given his character, it must have been quite a challenge.

Katerina Deliargyris’ (VI) portrayal of Molly the Starcatcher could not have been more spot on, and she enchanted us with her voice at the end of Act I. Molly taught the audience passion, love, and leadership. Deliargyris embodied the character, always impressing us.

Another character who made a great impact on the audience was Prentiss, played by Andrew Cowen (VI). Cowen never failed to add a little humor even in the most serious scenes. From his snarky comments about leadership to his shouts while running through the jungle, he made every scene memorable. Indeed, Cowen was able to switch personas in the blink of an eye. One moment we would see the cocky, arrogant boy who justs wants to be the leader, and another moment we would see the scared, broken orphan who justs wants affection. This ability added depth to Cowen’s character that wouldn’t have been obvious otherwise.

The only actor that performed two lead roles was Lucas Vazquez (VI). Not only did he perform two roles, but his phenomenal acting allowed the audience to tell the two apart. His first role was Bill Slank, the ruthless pirate who takes the trunk meant for the Wasp. Vazquez delivered a classic “bad guy” character in this role. Bill Slank’s anxiety, nervousness, and evil behavior was hilariously portrayed by Vazquez.

Of course, we must not forget the boy himself, Peter Pan. Nicholas Grimaldi (VI) showed the audience the true Peter, and the story behind why he is forever young. Although Grimaldi is a senior, he was able to perfectly capture the innocence of a 13-year-old boy. He took the audience through quite a journey, and they clearly recognized his character development, one that only a true actor could pull off.

The show was incredible, as it unravelled a tale of how Peter Pan the orphan came to be the boy who is forever young. Pingry Drama has pulled off yet another spectacular performance, and we cannot wait to see the next production.