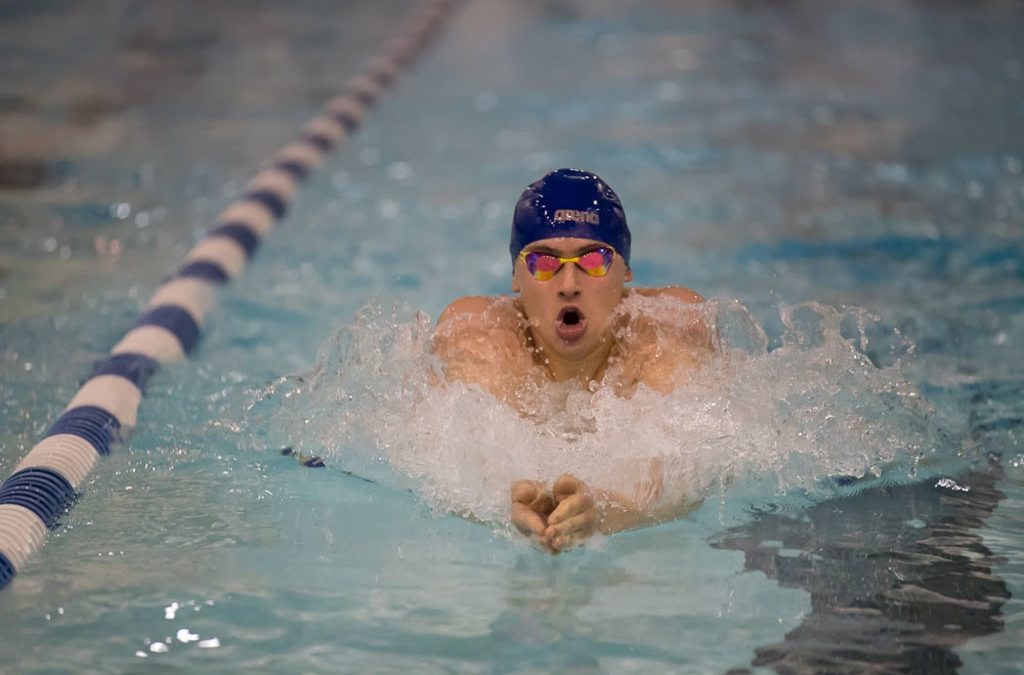 Following successful seasons across the board last winter, Pingry boys’ athletics have raised the bar even higher this year. Outstanding accomplishments from all teams continue to demonstrate Big Blue’s athletic excellence, and Pingry is poised to finish strong this season. Here is a look at some of the most memorable highlights so far.

Coming into the season, Matt Fallon boasted several records on his résumé. Only a  junior, Matt is already one of the best swimmers in the country, and this winter he added a few more achievements to his list. Against North Hunterdon, Fallon broke the national independent short course records for the 200 meter IM and 100 meter breaststroke. He also claimed the meet record for the 100 yard breaststroke at Lawrenceville. Regarding these successes, Fallon commented, “The hard work during practice definitely paid off, and I couldn’t have done it without the team.”

Armed with one of Pingry’s best lineups in recent memory, the powerhouse boys’ swimming team, led by seniors Reid McBoyle (VI) and Will Stearns (VI), swept both the Skyland Conference and Prep Championships, and won its 13th consecutive state title, breaking the state record for the most state titles won back to back in a 98-72 win over Bishop Eustace. Upon winning the state title, captain Reid McBoyle remarked “After seeing the other captains in years past win the state title, it’s been an important ritual for us to come here, do well and win. And this year if feels really good because we finally broke that record. It’s awesome that we got to go through the program and become the first team to beat that record.”

The boys’ winter track team is also having a terrific season; as Captain Henry Wood (V) remarks, “we are consistently dropping PRs each race.” The team put up impressive results at the Prep Championships, with James Draper (VI) coming in fifth for shotput and Wood winning the 1600 meter run. Wood also broke the 1000 meter school record at the New Balance games and placed second in the 800 meter at the Skyland Conference Championships.

Pingry has dominated the ice as well, with the boys’ ice hockey team heading into the state tournament as number one seed. Juniors Eric Bush and Jared Kordonsky both hit the 100 point mark this season, and the team has secured multiple victories, including a recent win against The Hun School. Overall, it has undeniably been a “solid season,” according to hockey captain James Cummings (VI).