Students Visit the Capital to Participate in Model Congress 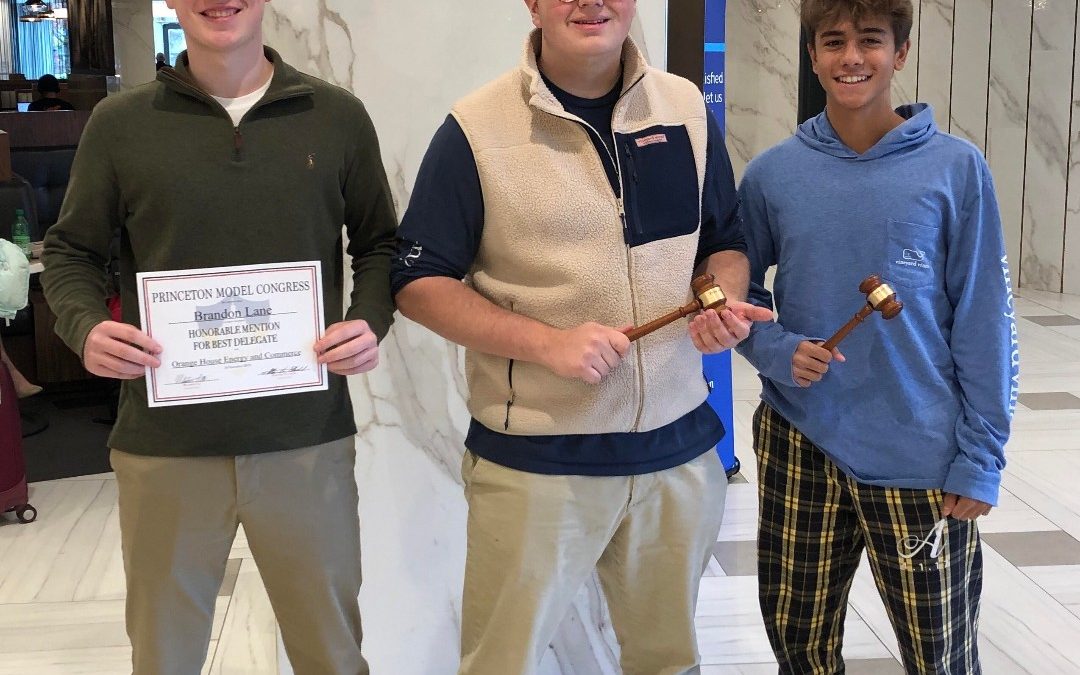 The weekend before Thanksgiving Break, Pingry students embarked on a trip to the nation’s capital to participate in the Princeton Model Congress. At ten o’clock, the bus left the Pingry campus to start its journey to the prestigious conference. There, in order to simulate the dynamics of a Congress, students prepared bills and presented them to a group of students, engaging in discussions and working on amendments until it came time to put each bill to a vote. If the bill passed within its committees, students then had a chance to present their bill in front of a larger group of students, known as a full committee.

The club’s leaders, Lily Schiffman (VI) and Thomas Beacham (VI), were interviewed and asked what attracted them to Model Congress in the first place. Schiffman answered, “Model Congress is and always has been another way for my voice to be heard on issues that I’m really passionate about.” Beacham added, “In my freshman year, [Model Congress] seemed like some vague interesting field about the government. … However, Model Congress really stuck to me and that’s why I’ve been really steady with it.”

When the bus arrived at the Washington Hilton Hotel, Pingry students, along with advisors Dr. Jones and Dr. Johnson, made their way to their assigned rooms to relax before the opening ceremony. After resting, the students and faculty gathered in a ballroom with students from schools all over the country. The opening ceremony started off with introductory speeches, though the primary goal of the ceremony was to elect a president to represent the entire body. Three candidates made speeches stating why they would be the best fit for office, and later, answered questions on their opinions and plans regarding certain subjects. When reflecting on her experience at the opening ceremony, Zara Jacob (V) stated that “it was both very exciting and inspiring to be modeling a version of what it could be like to take part in the government today.”

Over the course of the next few days, students mirrored practices of delegates in the legislative branch by debating and amending bills until an agreement was reached. Beacham noted, “I personally really love being in small committee and getting to know people’s ideas and debating them and trying to figure out how things work and the best way to make things work.”

On Sunday, the students participated in their last full committees, where they wrapped up voting on the remaining bills. After the closing ceremony, Pingry students got back on the bus to return to campus.

In reflecting on her first experience at a Model Congress conference, newcomer Sophie Pollard (V) stated, “At such an important point in our government’s history right now, it’s cool to be participating in something like Model Congress where you understand the process of what’s going on and the role that the government’s playing … When the events that are taking place are so significant, modeling congress just feels like a really cool and great thing to do.”