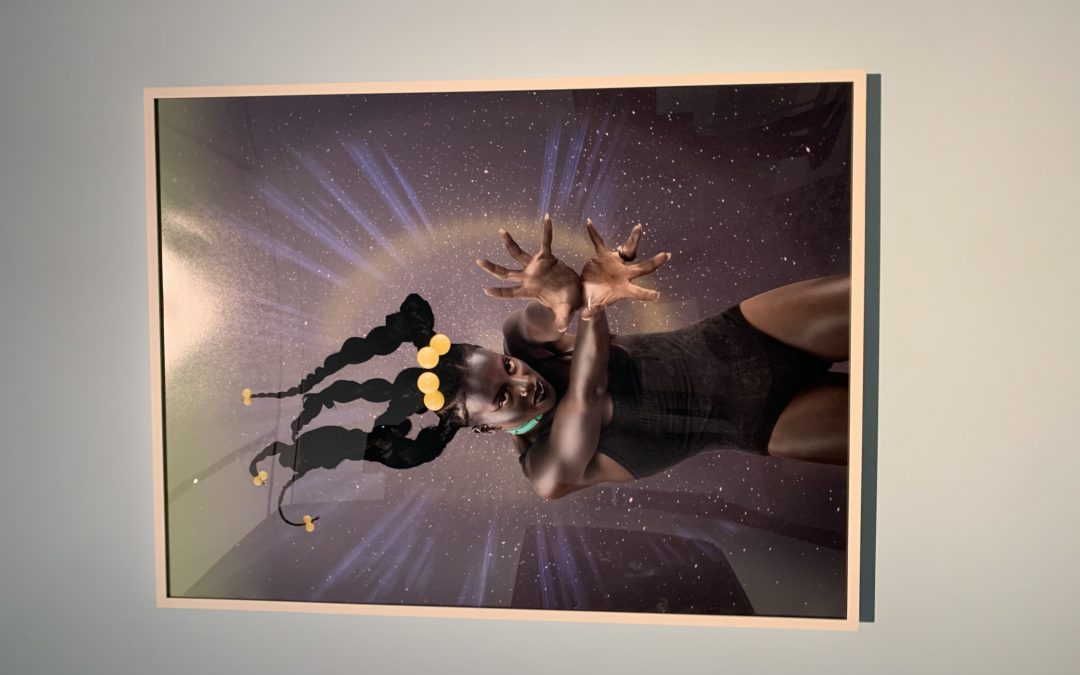 On November 5th, a handful of students and faculty embarked on a trip to New York City to observe and discuss art exhibits that explored themes relating to Afrofuturism as part of their Humanities Independent Research Team (HIRT). The term “Afrofuturism” is fluid; it is  completely personalized. There is no singular definition of Afrofuturism, but Ingrid LaFleur, a curator and self-proclaimed Afrofuturist, defines it as “a way of imagining possible futures through a black cultural lens.” Afrofuturism explores the intersection of black oppression and black empowerment through different mediums, including visual art, music, podcasts, and literature. The members of this HIRT have been working on creating their own definition of Afrofuturism through the exploration of these mediums. A field trip to New York City, a center for diverse art and thought, provided members the opportunity to do so.

After an hour long car ride filled with music like Janelle Monae’s Afrofuturistic ArchAndroid and Dirty Computer, the group arrived at its first exhibit: Kenyan artist Wangechi Mutu’s collection the NewOnes, will free Us. Located on the facade of The Met, Mutu’s installation encapsulates the essence of Afrofuturism by incorporating traditional African cultural symbols  with elements that highlight an oppressive past and an empowering future. Mutu plays on the historical significance of caryatids, a style often used in Greek architecture that utilizes the female body as pillars to support the building. Rather than objectify her women to fulfill the sole purpose of supporting some greater entity, Mutu has her women placed on a pedestal in powerful poses, indicating a newfound superiority.

The final stop on the agenda was the “Utopian Imagination” exhibit located in the Ford Center for Social Justice. Works titled Cloud 9, Android Girl, Sky Lark, and Nubian Return intrigued the students as they walked in. Each work depicted a unique interpretation of a hopeful future. Gabrielle Billington (VI) was specifically moved by Lola Flash’s SYZYGY, which showed a queer black woman in an orange prison jumpsuit with unlocked handcuffs and an astronaut’s helmet. “With mass incarceration being an enormous issue within the black community, particularly in America,” Billington notes, “the photo was clear in breaking the stereotypes with a woman, uncuffed looking towards space and inferably, the future.”

Sydney Tindall (VI) was struck by how pieces “not only exhibited works that portrayed African Americans as powerful images, but [also how] they incorporated religions and other minority groups that have been discriminated against in the past and placed them in these futuristic settings as if to say ‘here we are, not only present, but thriving and saving the world.’” Although Afrofuturism focuses on the African diasporic identity, the themes of hope for the future, despite an oppressive history, applies to all systematically marginalized voices, regardless of race.

This trip truly exemplifies the power art has to convey a message without an explanation. Perhaps this is why artwork and Afrofuturism coalesce so seamlessly together. They both serve as platforms to allow individuals to share their ideas, their criticisms, and their hopes.