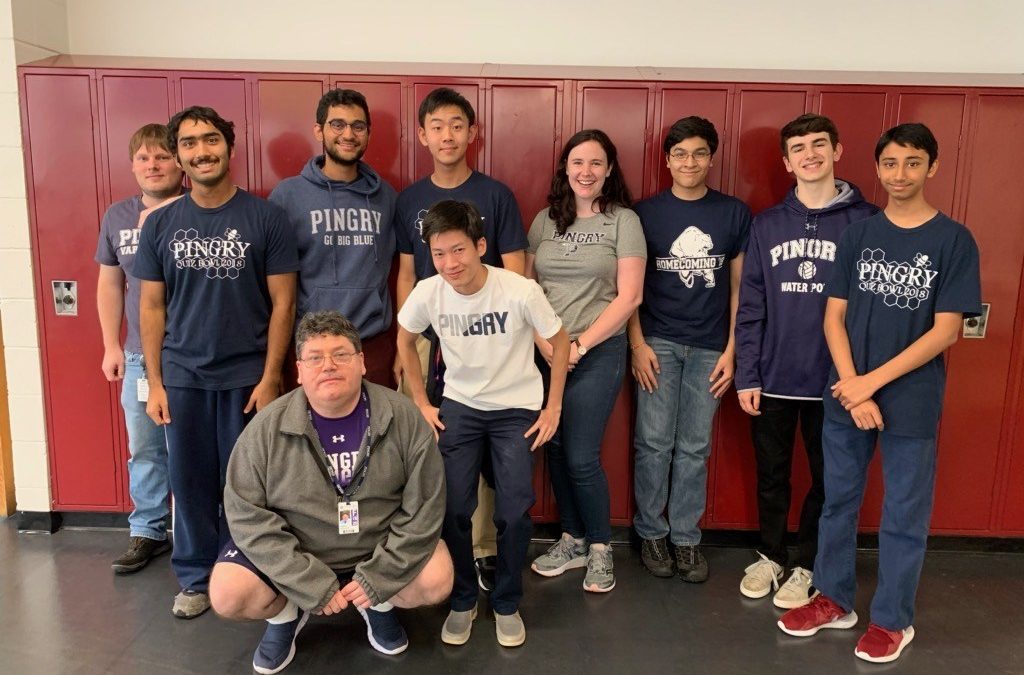 As I walked into the room, pencil in hand, I felt a rush of adrenaline and perhaps a bit of anxiety.  It might have been the moderator’s intense stare, or the energy of my teammates, but pure excitement coursed through my veins. I knew that nothing but mental contest awaited me. This is what it feels like to be part of the Pingry Quiz Bowl Team.

Although some might view Quiz Bowl as glorified “trivia night” or a pastime for “nerds,” both of these labels could not be farther from the truth. The art of Quiz Bowl is one of dedication and camaraderie, where each player’s mental acuity and collaboration skills are put to the test. When asked if she considered Quiz Bowl a sport, Classics teacher and club Advisor Ms. Smith responded with an enthusiastic, “Hell, yeah.”

So what is it about Quiz Bowl that gets players so excited? Quiz Bowl consists of multiple rounds of trivia relating to anything from chemistry to history to modern rap. These complex and specific questions test the depth and breadth of knowledge of the contestants, who are usually grouped into teams of 4-8 people. There are many different types of tournaments as well, including Jeopardy! and buzzer-based style. The team, composed of Pingry students from all grades, has competed in tournaments at various schools, and has reached the playoffs multiple times.

Pingry’s Quiz Bowl team has also been dominant in QuizNet, an online Quiz Bowl competition. Every Thursday afternoon at 3:30, students of all grades gather in Room 243 to compete against schools from across the country. Pingry has been particularly strong over the years in QuizNet, qualifying for nationals almost every single year. This season is no exception. Out of the eight weekly games in the preliminary round, Pingry has won four (in a field of thirteen teams). The team will compete in the finals on December 5th, and has already qualified for the national competition in May 2020. When asked if the team was ready for such a challenge, captain Aneesh Karuppur (V) responded: “We have won Nationals many times previously, and we expect this year to be no different. Our team is putting in a lot of effort and we think we will definitely shine.” With confidence from leaders Brian Li (VI), Aneesh Kadali (VI), and Karuppur, as well as Club Advisors Ms. Smith and Mr. Richardson, there is no doubt that the Pingry Quiz Bowl team will succeed.