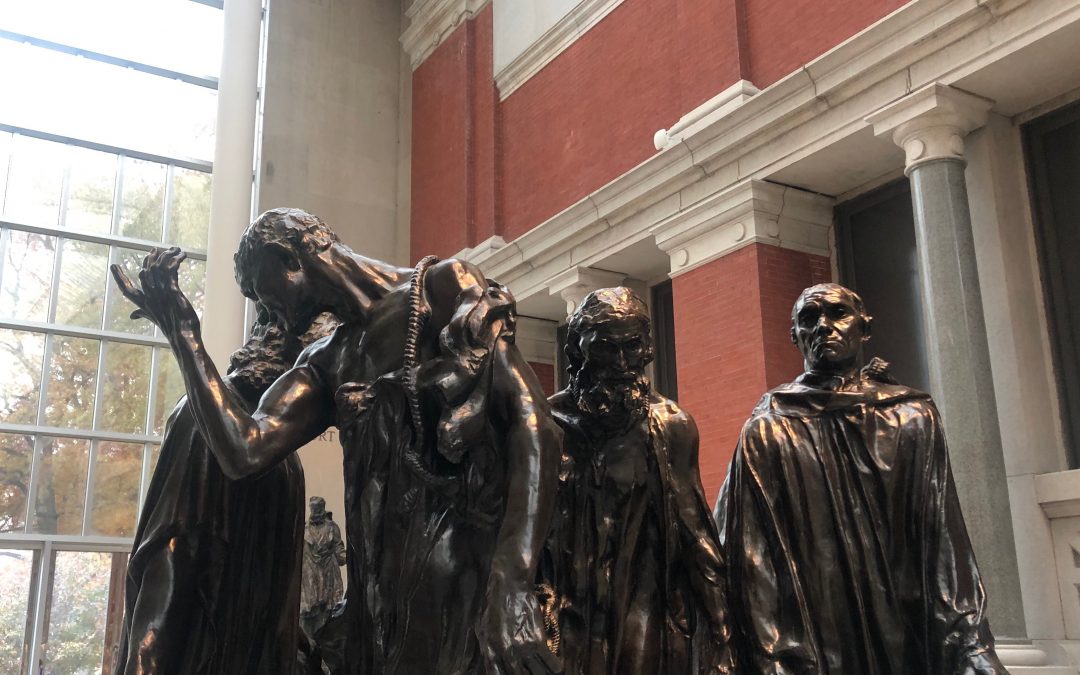 On Monday, November 18, the AP Art History class, along with Mr. Nigel Paton and Ms. Paula Fisher, took their annual trip to the Metropolitan Museum of Art in New York City.

Before the trip, students studied the art of people from Africa, Oceania, western North America, and classical antiquity. They saw many works in real-life that they had previously seen only on computer screens.

The field trip started in the Greek and Roman art wing. Students viewed Mediterranean art from various different ancient eras and were able to compare what they had learned in class to the actual sculpture. The Greek, Archaic Marble statue of a kouros, for example, was slightly disproportionate and much more stiff-limbed than the Hellenistic, Roman Marble sarcophagus with the Triumph of Dionysos and the Seasons that was sculpted almost three hundred years later.

The students examined other works that hadn’t been studied in class, such as various Greek vases, Roman bronze sculptures (which often copied or were inspired by Greek sculptures), and frescoes. The Met even had a reconstruction of a room—the fresco walls of Cubiculum (bedroom) from the Villa of P. Fannius Synistor at Boscoreale. These walls were painted with perspective, vivid colors, ornamental details, and give a relatively small area a greater sense of space.

The students had previously been assigned to present various pieces of artwork from Africa and America. A particularly striking artwork was the Nkisi n’kondi, or Power Figure, created by the Kongo people in the late 19th century. Many students were amazed by the intimidating atmosphere and size of the wood sculpture as it stood on its raised pedestal. Carson Shilts (V) and Sandra Adablah (V) presented the work and explained that every time a villager committed a crime or a sin, the citizens would hold a meeting for the sinner to apologize. Nails, shards of glass, and other sharp objects were driven into different parts of the figure’s body depending on the severity and nature of the crime.

Other works presented include bronze plaques of African royalty and Native American elk hides and masks. Students, who had already learned about the ceramic processes of Maria Martínez of the San Ildefonso Pueblo, were able to view her Black-on-Black Jar, which was particularly unique given the use of glossy and matte black surfaces in her designs.

The field trip concluded with an hour of free time to explore the rest of the museum. While some students wandered around to see what other works might interest them, others had already planned to search for specific artists and movements.