Convocation Focuses on Slowing Down 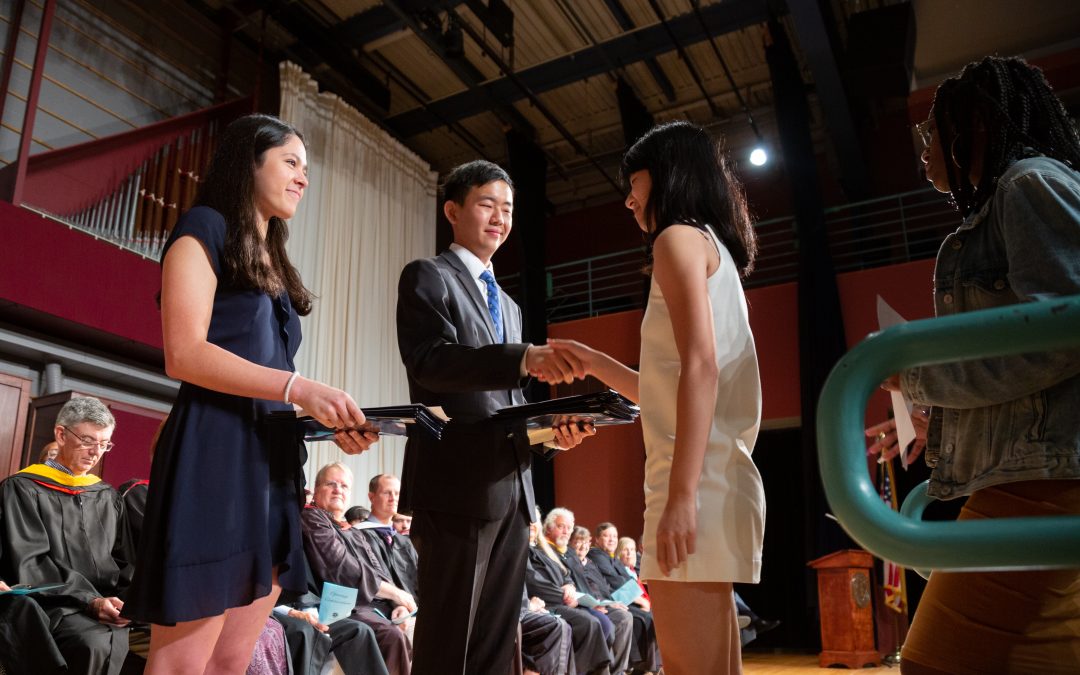 For Pingry, convocation welcomes a new student body and ushers in a new year of thought, achievement, and education, along with the celebration of the Honor Code that is held in such high esteem.

During Convocation, a number of speeches were given to formally begin the 2019-2020 school year. Mr. Miller Bugliari ‘52, Head Coach of the Boys’ Varsity Soccer Team and Special Assistant to the Headmaster, is distinguished for 60 years as a faculty member. He began his time at Pingry as a biology teacher in 1959. Student Body President, Brian Li (VI); Board of Trustees Chair, Mr. Jeffrey Edwards ‘78, P ‘12, P ‘14, P ‘18; and Head of School, Mr. Matt Levinson were among the speakers at Convocation. Emily Sanchez (VI), Honor Board Chair, spoke of the Honor Code’s use as an identifier for every student and faculty member in Pingry. “Everybody is able to grow into themselves and not be afraid to take the necessary risks,” she says. Similar messages of acceptance and growing from failure were shared by speakers throughout the ceremony.

Hopefully, as the year gets underway, Convocation will remind students, faculty, and staff to always fulfill the Honor Code and simply slow down. In the words of Mr. Levinson, “Take a moment to hit the brakes on whatever you are doing… [and] think about your classmates and your role in the community.”