TanTan and the Spizzwinks Dazzle the Community 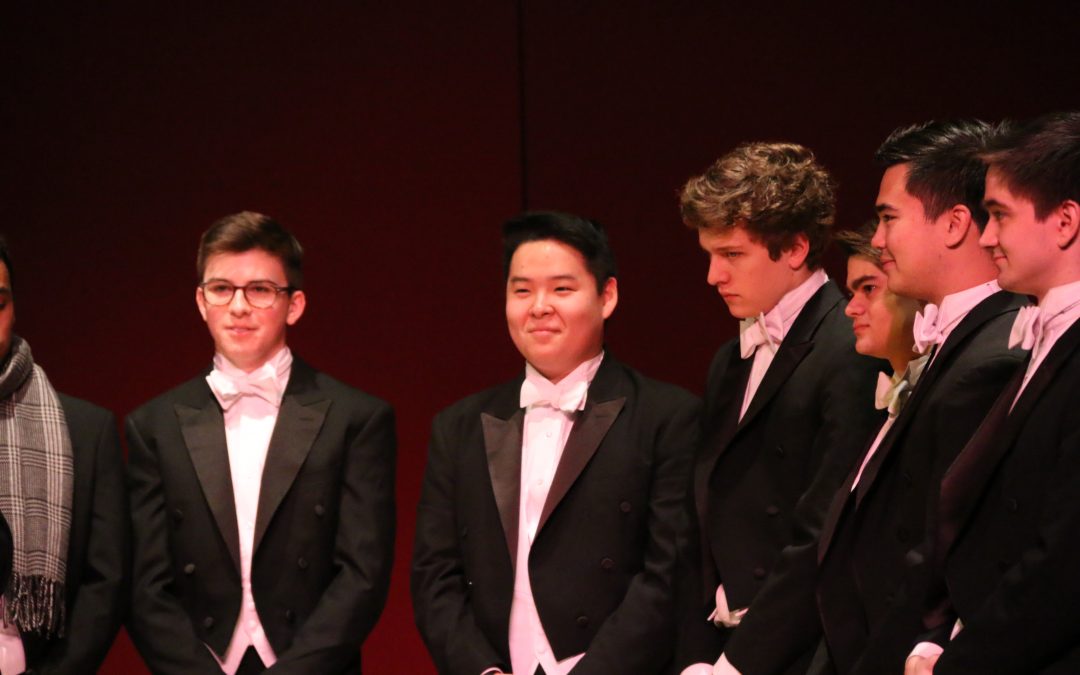 On January 8, Pingry welcomed back TanTan Wang ‘16, who visited to perform with his collegiate a cappella group, the Spizzwinks. Wang is currently a member of Yale University’s Class of 2020. During his time at Pingry, he was an avid member of the school’s drama and music programs. Wang was a longtime member and president of the Buttondowns, participated in multiple Pingry productions, and received two Pingry Arts Awards in 2016 – the Outstanding A Capella Group Award and the Pingry Drama “Bottom” Award. The Spizzwinks returned to Pingry as a part of their hometown tour, which takes the group through the homes of each of its members. The East Coast leg of the hometown tour featured performances in Summit and Millburn; eventually the group opted to add Pingry as a stop to their tour. The performance included a capella renditions of popular songs, as well as spoken word skits performed by the members of the Spizzwinks.

The concert had an overwhelmingly positive response from the community. Dr. Andrew Moore shared his thoughts, saying, “The Spizzwinks were wonderful.” He commented on the technique and song choice of the group, adding that, “They draw on a long tradition of a cappella music mixing traditional and current popular songs in their repertoire,” and that, “The group has continued a high level of performance skill in both choral blend and solo singing.” Dr. Moore fondly recounted his time teaching Wang, saying that, “TanTan was a real cheerleader for the music program at Pingry. He was an outstanding Glee Club president, and was supportive of everyone in the performing arts in our community.”

Wang is one of many great examples of Pingry alumni involved in the arts. Dr. Moore expressed his appreciation for alumni like Wang, remarking, “I am so proud of all of our Pingry alumni who have gone on to sing in many of the great collegiate choral groups throughout the country.”