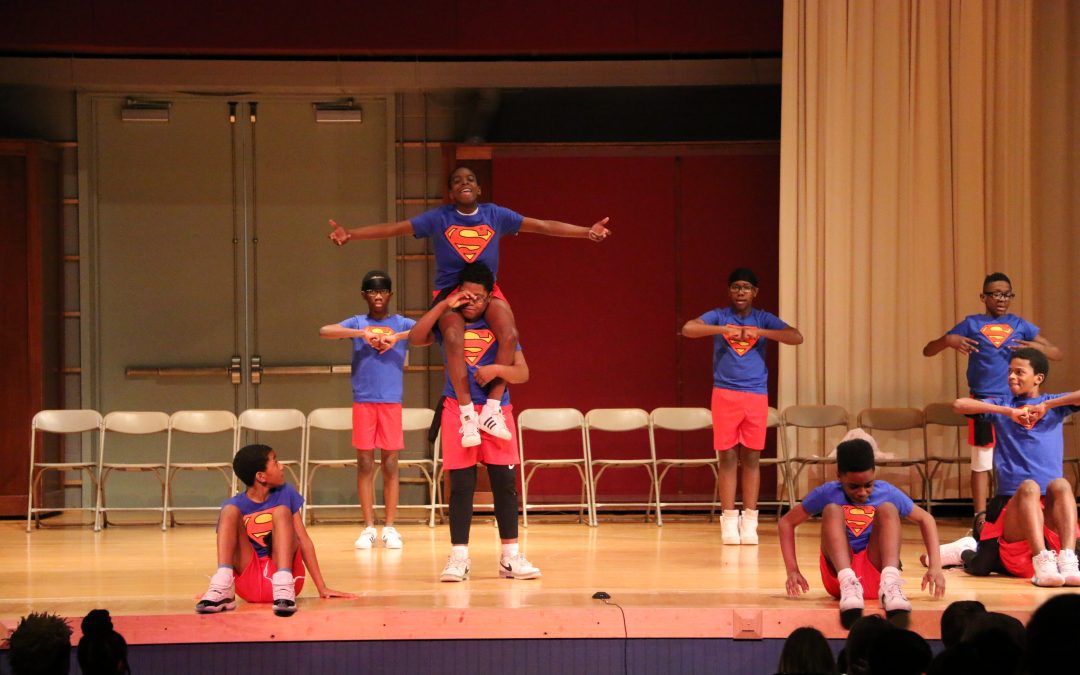 Black History Month was established to honor the accomplishments of African Americans throughout U.S. history. On Friday, February 1, Upper and Middle school students came together for the annual Black History Month Assembly. The assembly paid tribute to Black History Month with student performances including singing, dancing, acting, and poetry. Nolan Baynes (IV), one of the presidents of the Black Student Union, noted that, “With this assembly, we wanted to display the gravity of Black History in a new and creative way to grab the attention of our peers.”

The Pingry Buttondowns and Balladeers opened the assembly with the song “Lift Every Voice and Sing” by J. Rosamond Johnson and James Weldon Johnson. The Buttondowns and Balladeers were followed by a group of middle schoolers who reenacted pivotal moments that took place during the Civil Rights Act, such as the first student sit-in in Greensboro, North Carolina, Martin Luther King Jr.’s “I Have a Dream” speech during the March on Washington, and Rosa Parks’ refusal to stand for a white passenger on a Montgomery bus. These middle schoolers “time traveled” using a time capsule full of mementos alluding to historical events to illustrate the hardships and progress that occurred during the Civil Rights Movement.

Members of the Black Student Union, including Kamal Brown (VI), Solape Fakorede (VI), Rashida Mohammed (VI), Nia Phillips (VI), and Veronica Williams (VI) performed “I, Too” by Langston Hughes. The poem describes how Hughes is able to identify as an American, even though he is the “darker brother.” Williams said, “Reciting Langston Hughes’ “I, Too” made me feel proud as I was able to stand strong in my own skin.”

Da Boyz, from North Star Academy Clinton Hill Middle School in Newark, NJ, performed an award-winning step routine. Stepping, a type of dance that uses movement, words, and sounds to communicate, is a tradition in African and black communities that originated in the 1900s. Angelina Mayers (VI) felt that “The Black Student Union did a great job with the poem, “I, Too,” as did the step group from North Star. It was so riveting! I was excited and empowered to celebrate Black History Month.” The assembly ended with the Balladeers singing “Imagine” by John Lennon.

Phillips, one of the presidents of BSU, said that “The Black History Month Assembly was a chance for not only the Black Student Union, but also the middle school to pay homage to the African Americans in history who have done so much for the progress of society.”