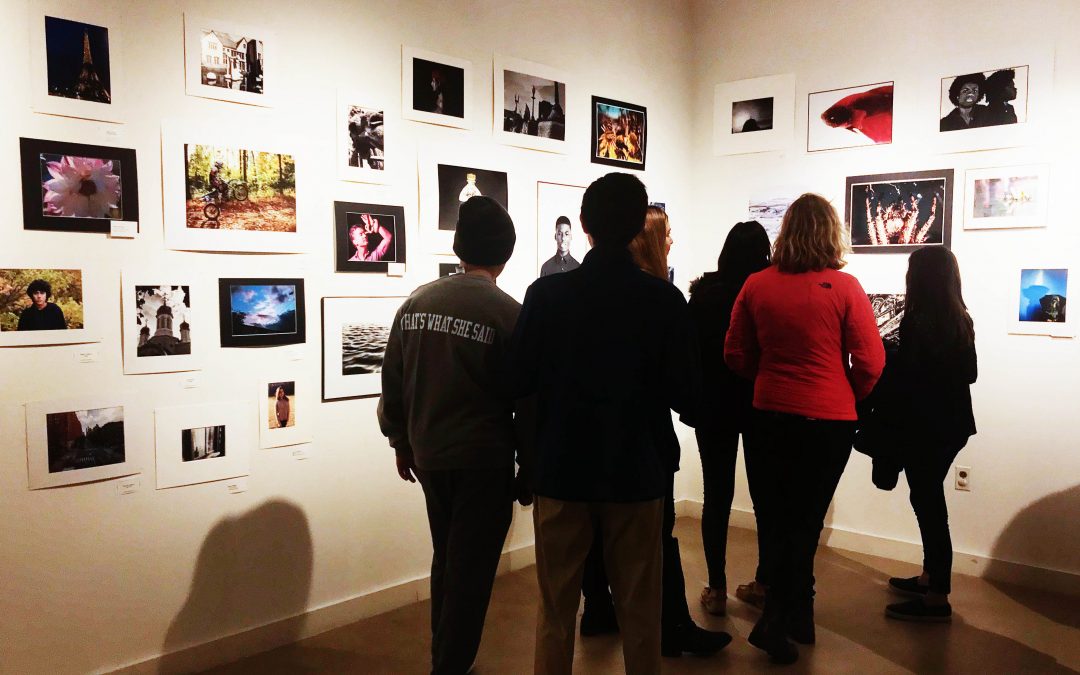 From February 7th through March 6th, the Hostetter art gallery was home to the 22nd Annual Pingry Student Photography Exhibition. Over two hundred photographs were submitted, depicting the best work of students spanning fifteen different public and private high schools near Pingry. The judge of this year’s show was Peter Jennings, a photographer, director, and artist based in New York.

The work included both traditional, film-based photographs and digital prints. Many different tones and moods were represented, ranging from dark and mysterious to light and upbeat. The exhibit captured a range of unique perspectives about current events and everyday moments.

For example, Conor Mahoney (VI)’s photograph, titled “Anger Management,” features a fist punching into water, possibly symbolizing the need to release the stress and anger that high schoolers frequently experience. Additionally, “Cigarettes” by Remi Nichols from North Hunterdon High School was another standout work, featuring a jar full to the brim with cigarette stubs. It potentially speaks to the cost of smoking in society and how it must be controlled and contained to minimize the terrible health-related impact on future generations. Lastly, “Bliss,” a black-and-white photo by Arieliz Ramos from County Prep HS, featured two young girls laughing together, referencing the incomparable bond of friendship and the joy it brings between sisters, friends, and family.

For the observers of this exhibition, the experience of viewing and interpreting the photos was enthralling. Monica Chan (III) reflected on how “it was interesting to see how Pingry hosts different photographers and allows them to display their work.” An artist herself, Monica remarked that “she finds photography useful as a reference to use when drawing,” taking inspiration from the exhibit in that way.

Mr. Boyd reflected on how “this show provides an opportunity for Pingry students to get a snapshot of student photography in New Jersey.” He also spoke to how Hostetter has “allow[ed] Pingry to realize its full artistic expression.” With its constant variety of exhibitions, he advises Pingry students to visit the gallery often, saying how many students’ lives have been “forever changed by its exceptional vision.”

Visual Arts teacher Mrs. Jennifer Mack-Watkins also remarked that “the stories that these young artists are telling with their photographs have to do with common themes that teenagers go through,” and she has seen how enriching it is for other students to observe the work. Mrs. Mack Watkins views this exhibit as a “great way for students to connect with each other” overall.