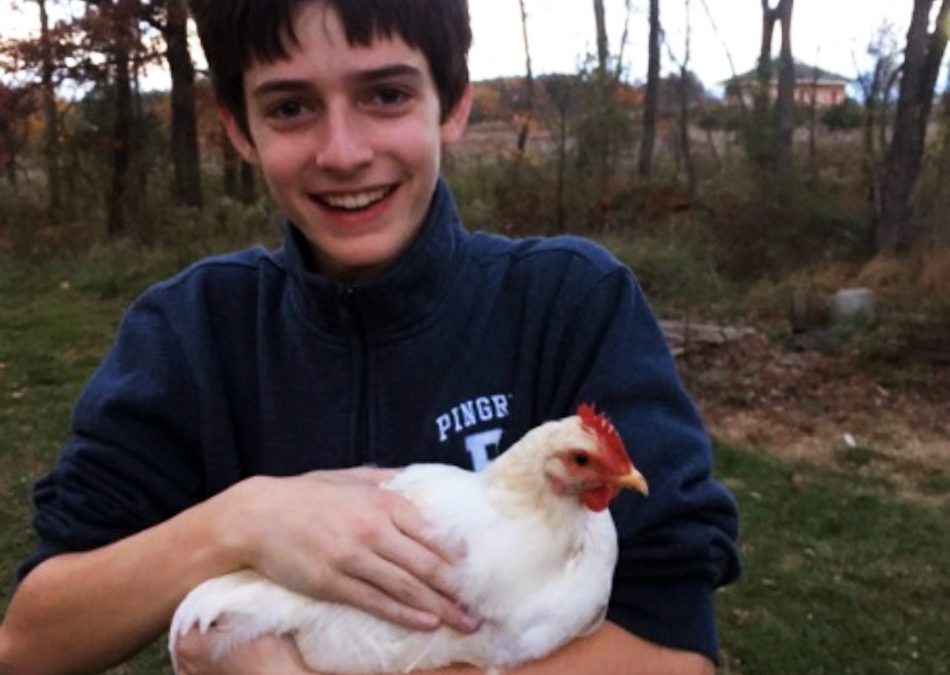 After the introduction of eight chickens to campus this summer, the Farm Team has been working hard to take care of them and make coop improvements over the past several months. As they adapt to their new home and prepare for winter, the chickens have become an important group within the community, both as lovable animals and as tools to teach students about sustainability.

The overall project has been implemented thanks to former art teacher Mr. Delman, who now holds the title of Pingry’s first Sustainability Coordinator. He worked with alumnus and architect Scott Loikits ‘90 to design several projects for a green campus last year, including a farm. The first students to work with the chickens were part of a one-week summer course, “Excursions in a Green World,” in which the students learned about current campus sustainability initiatives.

Led by faculty advisor Ms. Tandon, Farm Team was formed at the beginning of the school year to manage the continued care of the chickens by students. Most recently, it has focused on building a winter coop for the chickens. The previous coop functioned as a place to lay eggs, but the new one also provides a place to perch and rest at night, which is especially important during the winter months.

As far as student-chicken interactions go, Ms. Tandon described how the chickens are friendly and accustomed to working with humans. Among themselves, it may be another story, as they have established a clear pecking order. “Grenda is at the bottom,” noted Ms. Tandon, but she explained that the coop was big enough that each had enough space to prevent real conflict.

Ms. Tandon brought the chickens with her when she moved from Brooklyn, where she first got involved in sustainable farming through volunteering at a local community garden. Now, she is “really interested in teaching students about where food comes from.” The chickens’ eggs have been a feature at the Garden Lunch, which is run by students and faculty.

With the winter coop completed, Farm Team is presently focusing on feeding and managing the chickens. Ms. Tandon sees a lot of potential for the large amount of unused land within the school. In the long term, she hopes not only to expand the coop itself but also to dedicate more fields to growing crops. As Nick Ladino (VI) said, “Farm Team is great. I love going back to nature and taking care of my chickens!”