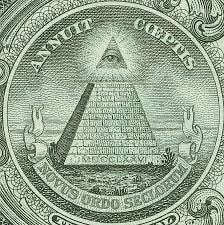 The Pingry School: May Disappear in Sinkhole in 2032

Although conspiracy theories have become pervasive in current times, this phenomenon is nothing new. Spanning the course of human history, conspiracy theories have facilitated the social, political, and religious divisions that invade societies. Their dynamic nature allows them to spread quickly and last wherever they take hold. They can explain unanswered questions, rationalize foreign ideas, destabilize powerful people, and undermine widely accepted beliefs, all in a fascinating and overwhelming manner. Often times, the more bizarre and outlandish a theory is, the more accepted it will be.

Think about conspiracy theories that plague our lives today. Whether you believe them or not, these ideas are deeply ingrained in how we understand the events and ideas around us. For example, two common theories– the possibility of extraterrestrial life in Area 51 and the idea that climate change isn’t real– have attracted news headlines, circulated social media, and (in the case of Area 51) served as inspiration for high school dances and Halloween costumes. However, there are countless others which add to the giant network of theories we have access to on a daily basis.

As I researched popular conspiracy theories, I realized that with every headline, I became more and more intrigued. From a lab in Alaska that’s controlling our minds, to 109 Lochness Monster sightings at Flathead Lake, Montana, to the Joplin Tornado of 2011 being created by the military, I realized that there are explanations for virtually every topic you could imagine. Some of these theories were outrageous, but others were quite convincing. I even found myself wondering if some theories could, to some extent, be true.

To find out why conspiracy theories seem so easy to believe, I did some research on the psychology behind them. According to a study done by the Association for Psychological Science, there are three important motives that drive us to believe a theory. The first is an “epistemic” motive: the idea that people need understanding and control over things. Thus, we are inclined to believe a conspiracy theory if it reduces “uncertainty and bewilderment.” The second is an “existential” motive, the idea that people want to have control and security. In order to do this, we use conspiracy theories to “exert control over the environment.” The last motive is social. Humans want to uphold their positive public image; therefore, conspiracies are attractive because they allow “blame for negative outcomes to be attributed to others,” rather than the group or individual (1).

Back to my initial question. Why do we believe in conspiracy theories? They provide us with comfort and control, and they help bridge the gap between what we know and what we don’t. They are consuming because they create a network. The further you dig, the more connections you see, and the more you find yourself accepting the rationale behind them. With these reasons in mind, it’s entertaining to scroll through the “35 Most Popular Conspiracy Theories”, or even to create your own. Then, try to understand why you chose to associate yourself with certain theories over others.

However, while lots of theories are light-hearted and amusing, some are malicious and inherently false. These include claims that 9/11 and the Holocaust didn’t happen. In the internet age, technology offers its users anonymity, as well as readily available information through social media and news platforms. Conspiracy theories have the potential to be much worse than in previous years, and the possibility of being misled or fed false information is increasing.

So, as we move into the future, and as conspiracy theories become more and more compelling, make sure to question not just if a theory is plausible, but also its intentions and impact.