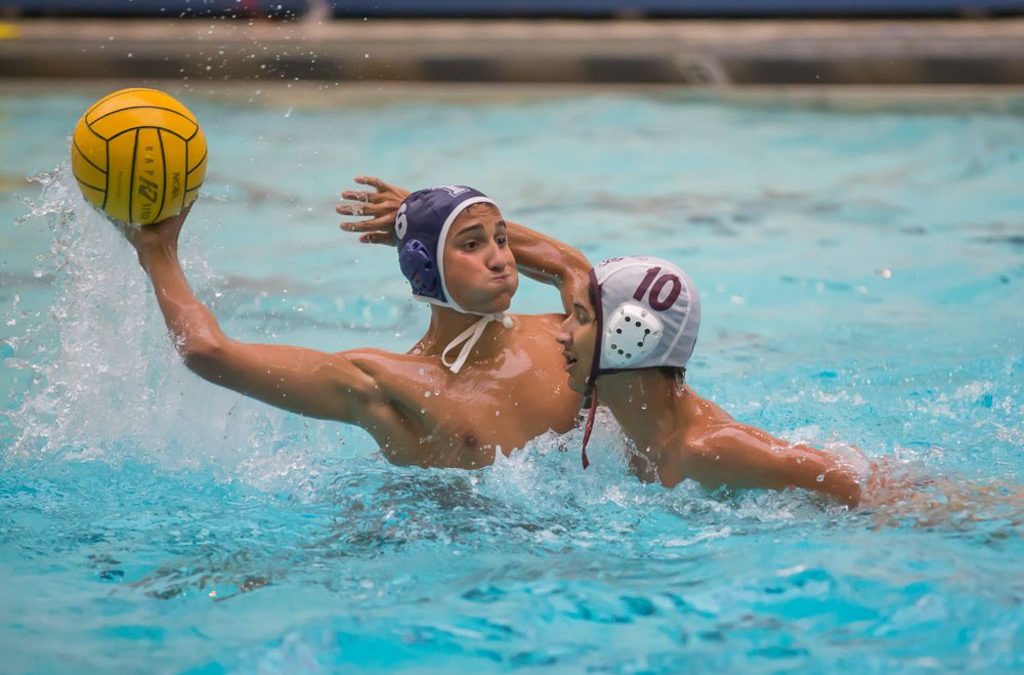 The day preseason began, Head Coach Aleksandar Breznikar stepped down from his position. The team received this news only one year after losing its previous Head Coach, Misha Klochkov, to the Lawrenceville School.

In spite of these obstacles, the water polo team, now co-coached by Jeffrey Jenkins, Steve Droste, and Kevin Schroedter, has maintained a 5-2 record and, more importantly, has shown tremendous resilience. The captains, goalies Mason Stahl (VI) and Dilan Bhat (VI), have stepped up to play key roles in leading practices and facilitating gameplay. Returning players have cultivated their skills to fill the gaps that have formed with the departure of last year’s seniors. The team has also gained a group of promising freshmen.

The Big Blue team competed in the Beast of the East tournament in late September, where it faced more established water polo tournaments in the region. Though the players did not meet their goal of winning their division, sharpshooter Noah Bergam (V) saw a net positive from the team’s participation: “Playing against teams we’d never competed against forced us to adapt our strategy to unfamiliar game styles. We were able to learn a lot from the more experienced teams at the tournament.” So far, the water polo season has forced the team to adapt in the face of unforeseeable difficulties. Regardless, they hope to challenge their rival, The Lawrenceville School, for the state championship and secure a place in the Easterns Prep tournament at the end of the season.