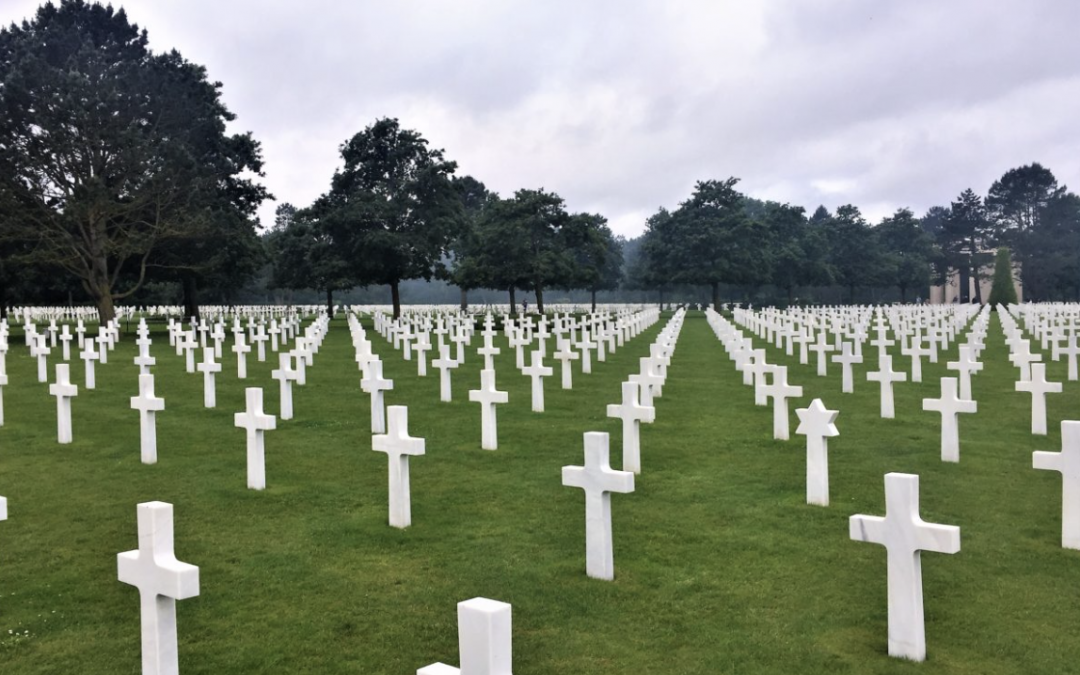 June 6, 2019 was a lot of things. For many students and faculty at Pingry, it marked the final day of the school year, and the beginning of summer. It also marked the 75th anniversary of the Allied Powers’ Normandy invasion and the battle that ensued––an event more commonly referred to as “D-Day.”

A memorial took place in Normandy, and leaders such as Queen Elizabeth of United Kingdom, French President Emmanuel Macron, Canadian President Justin Trudeau, President Donald Trump, and the Chancellor of Germany, Angela Merkel, attended. These world leaders came together to remember the day that 156,000 Allied troops, 73,000 of whom were American, stormed Omaha, Utah, Gold, Sword, and Juno beaches along the coast of northern France to begin the major Allied invasion of German-occupied country, ultimately leading to the end of the war.

Many historians argue that this was the single most influential battle that ended World War II and Nazi control in Europe. Of course, this victory came at a hefty price––thousands of brave men were mercilessly slaughtered in an attempt to restore freedom to the shores. The waters of the Omaha were tainted red with their blood. The beach sands contained their torn limbs. The seabeds hold the wrecks of many amphibious tanks that never made it to land and the bodies of soldiers who drowned due to the weight of their gear.

During the summer, I had the opportunity to visit Omaha and Utah beaches as well as the United States Cemetery. When I visited Normandy in August, over seventy five years after D-Day, I was looking back on the shores where this very scene had taken place. No signs remained of the brutal battles that had occurred there. Normandy is now known as the most popular vacation beach in northern Europe, a title that it regained when the war ended. Upon my arrival, I was almost horrified to find children laughing and playing in the sand, splashing in the water. Dogs dashed across in long strides, barking contently. Folks socialized and enjoyed themselves. How could all of these people do this knowing what had happened there? Where has it all gone? Massive craters lay in the ground where bombs had exploded, and here and there were a few German bunkers that were still in working order.

I went to the cemetery that held the US soldiers who died overseas in the invasion of Europe during WWII. There was a walkway with a little platform overlooking Omaha beach. People were moving around, talking, laughing, smiling, and snapping photos. They were so light and carefree. I walked to the platform, and looked down through the green and grass-filled hill that led to the water. I went into a state of calm and silence, away from the rest of the world. I just stood there and stared at the ocean. I could hear the waves rolling on the beach.

Somehow, I could sense the spirits of the thousands of the heroic men who had died here. I could feel the presence of each one buried here. I could hear their silent weeping, their endless pain and the suffering that they had endured, the gruesome memories that they carried with them. Each one of them are my brothers, fellow Americans, and I carried their grief with them. I began to cry and weep with them. That day, I was able to see something powerful––the eternal spirit of America’s “greatest generation.” The souls of the warriors who will never forget the events of June 6, 1944, and WWII.

After visiting the cemetery, we returned to the edge, the final stretch, of Omaha beach. There was a sculpture called “Les Braves” (The Brave) built into the sand, facing the ocean. It was midday, not yet low tide, and still the strip of sandy beach extended a good distance outward. I slowly walked through the sand, to the approaching waves. I touched my hand to the cold water. I carefully took an empty water bottle and filled it. Within assorted shampoo bottles, I smuggled this water back home to me upon my return. To me, this water symbolizes the selfless sacrifice that thousands of courageous and bold young soldiers made for American freedom.

Even today, 75 years after the event, I honor the men who lost their lives in the historic D-Day invasion.