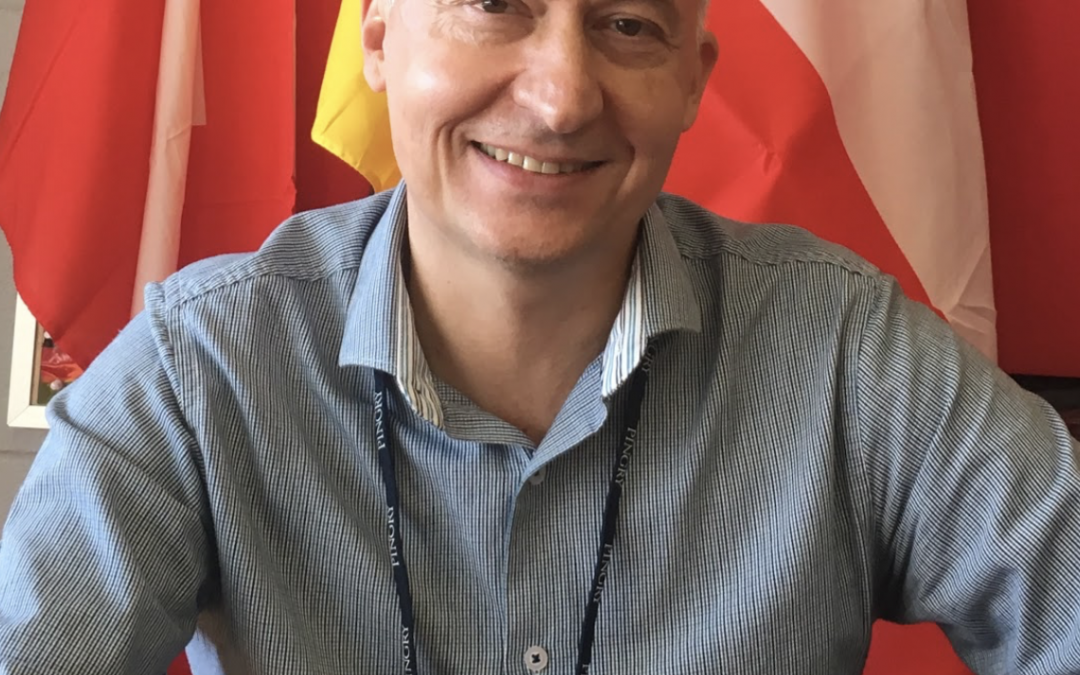 Herr Igor Jasinski is back! This year, he will be teaching a variety of both Upper and Middle School courses: German I, German III and IV for high schoolers, and German IA for the sixth graders. He is also a faculty advisor of the Polyglot magazine, and a Middle School Homework Club proctor.

Herr Jasinski’s teaching career began at Bergen County Academies, shortly after finishing his Ph.D program. He had never taught before, but he says that even during his interview for the position, he could tell that teaching was something he really loved: “It’s hard to quantify it, but it was interacting with the students that felt great… How you create a community, and the feeling you get when it works and you’ve created a curiosity and openness in a student, I feel like I connected with that.” After Bergen County, Jasinski taught at a variety of schools, both private and public, including William-Cullen Bryant High School and Scotch Plains-Fanwood High School for German and/or Philosophy.

Herr Jasinski began at Pingry in 2009 and taught classes here for five years before deciding to take a sabbatical in 2014; he enrolled in a Montclair-based EdD, or Doctorate of Education, program in Pedagogy and Philosophy. To write his dissertation, he moved to a city on the coast of Mexico, Puerto Escondido. While he was there, he received and accepted his first book offer. Giorgio Agamben: Education without Ends was published at the end of 2018.

After publishing his book, Herr Jasinski decided that it was time to get back to teaching, scouring the U.S. for available jobs. Luckily for us, he was able to come back and teach at Pingry. Though he admits he does not have a lot of free time, Herr Jasinski loves to run, Salsa dance, and do yoga. He is also hoping to start a Philosophy Club here at Pingry this year, and maybe even propose a course on the subject. “Teaching philosophy to young people is a real passion of mine,” he says. We wish him the best of luck this year, and are excited to have him back!