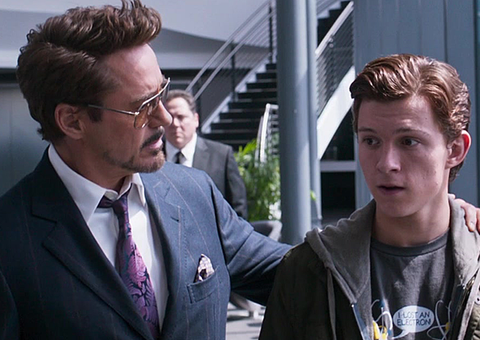 WARNING: This article contains spoilers for Avengers: Endgame and Spider-Man: Far From Home. If you don’t want to read spoilers, don’t read on.

This past July, I saw the release of the second Spider-Man film from the Marvel Cinematic Universe––Spider-Man: Far From Home. The film was a continuation of where the universe left off after Avengers: Endgame. The world is clearly still reeling from the loss of Iron Man in the battle against Thanos at the Avengers Headquarters, and the people are looking for a new symbol of peace. Nobody feels this pressure more than Peter Parker (played by Tom Holland), Tony Stark’s protege and high-school spider-teenager. He is hounded by the press and Nick Fury, and to top it all off, Stark left Peter unfettered access to his military-grade weapons system, EDITH (“Even Dead I’m The Hero”). The story follows Parker as he deals with this pressure and interacts with Mysterio, a walking fake-news metaphor. The circumstances around the film raise a lot of interesting moral questions, including whether or not it is acceptable to deceive people for their own comfort, and if it is fair to interrupt a hero’s daily life to recruit them for a mission. Chief among these questions is this: is it fair to lay the hopes of the world on a teenage hero?

Throughout the film, Peter Parker struggles to balance his life as a normal teenager with his superhero persona, which leads to some perilous situations. Peter spends the majority of the film on a field trip across Europe, where he tries to ask out his crush, MJ. While on a bus through the countryside, Peter realizes that the glasses Tony Stark left for him house EDITH, and he attempts to use it to remove an embarrassing photo from another student’s phone. Instead, he fails to exercise proper precaution and nearly kills a member of his class with a drone strike. Needless to say, Peter does not have the proper experience necessary to operate military-grade artificial intelligence technology. He is too concerned with the issues surrounding his high-school life to to focus on properly utilizing weapons technology.

Unfortunately for Peter, he has to focus on being a hero, or wherever the trip goes,  massive elemental monsters follow. This seems to take a toll on him, as throughout the film Peter laments not being able to spend time with the people in his class. Speaking directly to Mysterio, he says, “I didn’t think I was going to have to save the world this summer. I know that makes me sound like such a jerk. I just, I had this plan with this girl that I really like, and now it’s all ruined.” Peter is unable to commit his time to heroism, and, in my opinion, the Avengers should not expect him to. He deserves to have a high school experience like anyone else’s.

Overall, I thought that Spider-Man: Far From Home was a well put-together and enjoyable film. I encourage anyone who likes both high school dramas and superhero/military shenanigans to watch it. It also serves as an effective reminder, and a cautionary tale to people like Pingry students, that teenagers should not be trusted with the fate of the entire world. Much like Peter Parker, we must be wary of overextending ourselves.