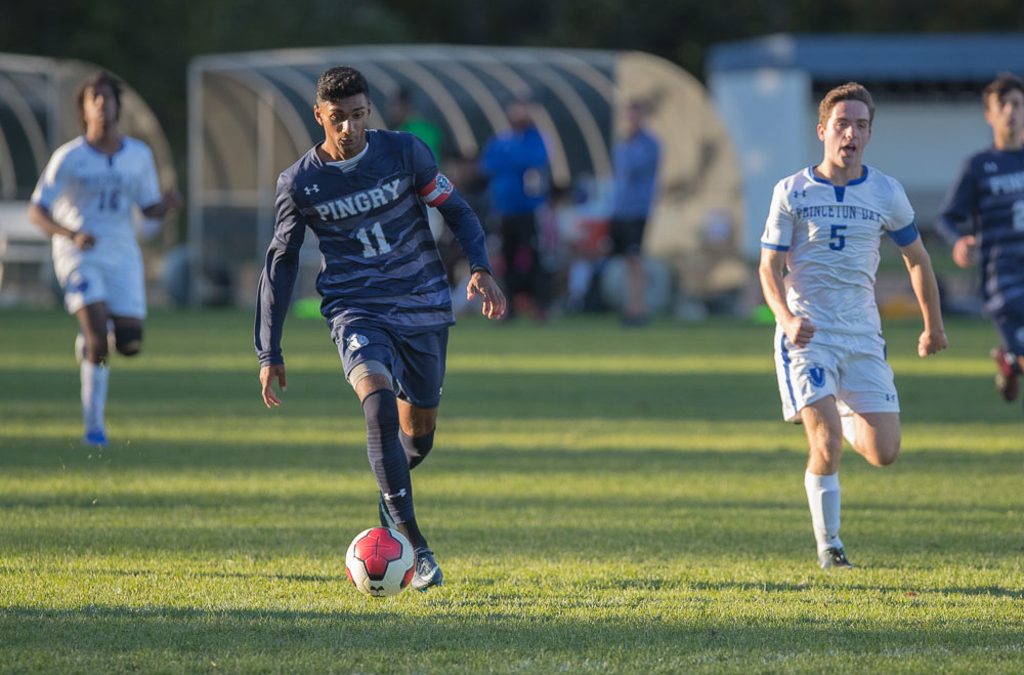 The boys’ soccer team started the first month of their season strong. Ranked as the third-best team in the state, their expectations are sky-high. With goals to win Somerset County and Non-Public “A” state titles, the team’s mentality this year has been “championship or bust” since the first day of preseason.

“The Pingry soccer program has the goal of winning County’s and State’s every year,” captain John Robertson (VI) said.

Although these are high standards, he knows that “if we can go five or six games in a row without conceding a goal, and the offense can do its job, the wins will come.”

Pingry currently has a 9-2 record and looks to build upon the success they’ve had so far. Unlike last year, the team has been finding ways to win close games. Two weeks ago, they won a two-overtime thriller against a top-twenty Hunterdon Central team. During Homecoming, they defeated Princeton Day School 6-0. Robertson attributes their success to “the depth we have at many different positions.”

Heading into the home stretch of the season, the team will lean on its senior leadership.

“The soccer team has a huge group of seniors with a lot of talent who lead by their play on the field,” Robertson said. “Four captains are super helpful because we can pick each other up, and there are also multiple seniors on the bench who have amazing energy and who support the team in any circumstances.”

The boys look to continue their great season against Gill St. Bernard next week and into the county tournament.