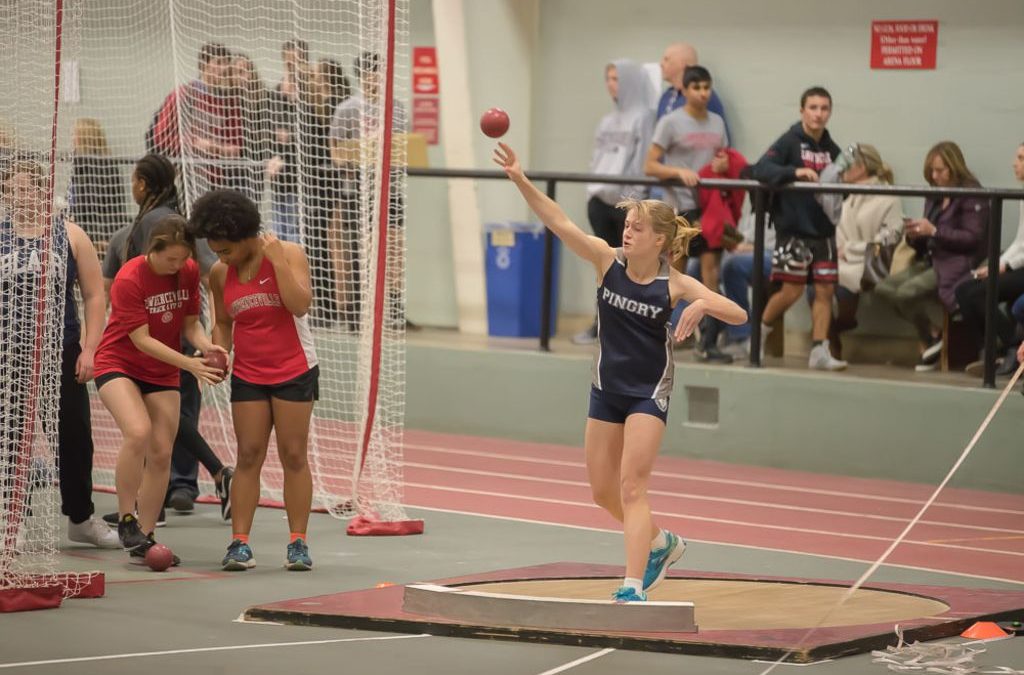 The girls’ winter track team is off to a fantastic start to their season. Led by captains Cathleen Parker (VI) and Ally Lima (VI), the team has been working hard both in the weight room and on the track to prepare for their meets. Despite losing some seniors to graduation, the addition of newcomers has created great depth to a strong veteran squad. Parker notes that “we have a much more diverse team this year, including a number of pole vaulters and throwers which is something we’ve never had in the past.” Key contributors include: Nikki Vanasse (V), who has set and broke her own records in the 1600m and won the 3200m at Groups; Ryan Davi (IV), who has come back from injury to lead the team in the 400m; Caroline Dannenbaum (V), who is the second-best in the pole vault in New Jersey and a consistent scorer; and Lauren Taylor (V), who has placed at multiple championship meets and set new school records in the 200m. Going forward, Vanasse, Dannenbaum, and the 4×4 team of Davi, Kierstyn Brown (V), Parker, and Dylan Anidjar (V) will be competing at the Meet of Champions. In addition, the 4×8 team and the pole vaulters will be competing at Easterns. Their goal is to continue their success on the track and qualify for the New Balance Nationals in March.