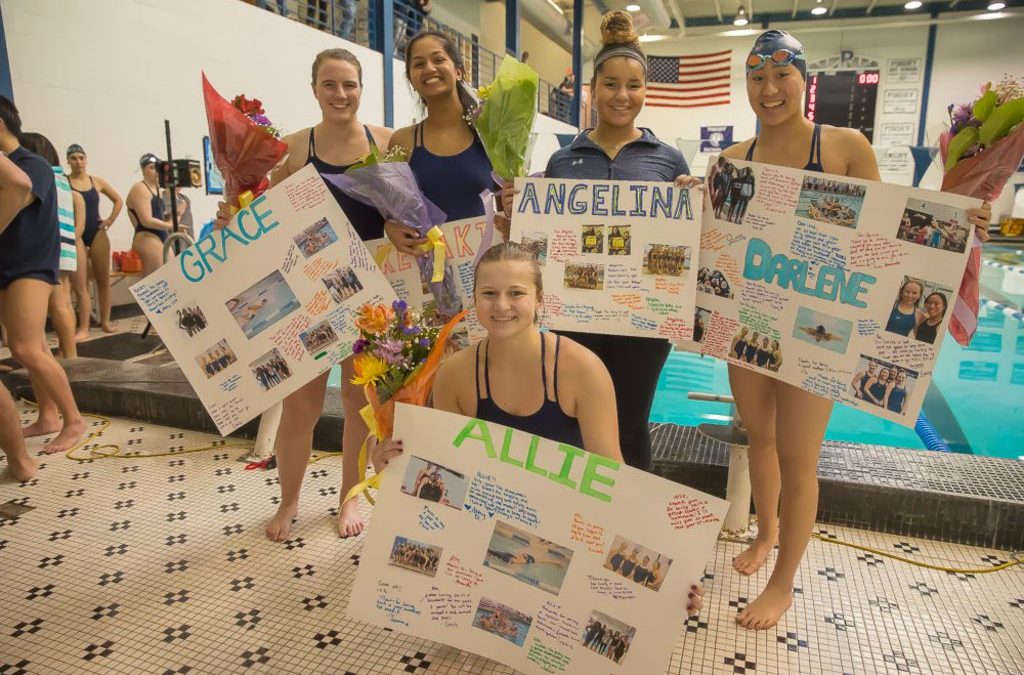 The girls’ swim team is finishing up the season with a strong winning record. The team came in first place at the Prep A Championships and second in the combined Somerset County/Skyland Conference meet.

Captain Grace O’Mara (VI) explains that the season began with a rough start, as “most of our athletes were swimming in club meets and couldn’t be at our dual meets,” but everyone’s hard work allowed them to recover and win the semi-finals of the state tournament against Mount Saint Mary. The troubles from the beginning of the season inspired everyone to “push ourselves and go outside our comfort zone,” in the words of team member Lily Arrom (IV). For that, O’Mara states, “I am immensely proud of the team, and hopefully they will continue the momentum we gained this season!”

Though four swimmers and one team manager are graduating this year, Captain Darlene Fung (VI) says that she is “so excited to see what the team does in the future, because not only are they a fast group of girls, they have such an amazing energy and strong work ethic. I know they will be great leaders for future members of our team, and as long as they keep having fun, the fast swimming will come automatically.”

The team will compete against Immaculate Heart in the state finals on Sunday, February 23.