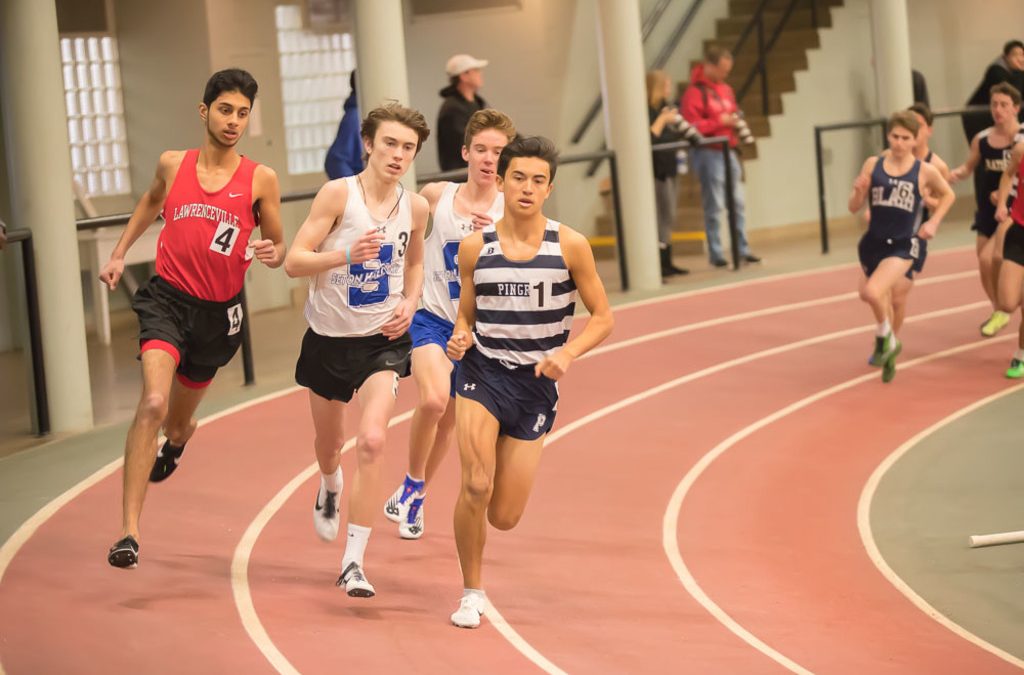 The boys’ winter track team has had a great season so far. This year, the team is led by Captains Nick Robinson (VI) and Joe Shilts (VI). Though the team lost several key players to graduation last year, that did not stop the team’s success on the track. When asked about the season so far, Robinson said that, “Considering how few members we had this year, I’m really proud of what we were able to accomplish.” During practice, the team pushed through some hard running workouts, and they lifted in the BAC to build up their strength. Over the course of the season, “everyone managed to improve and ran some great times,” Robinson noted. The biggest contributors and scorers this year included Henry Wood (IV), who runs the 4x400m, 800m, and 1600m; and Joe Shilts, who does the 55m hurdles, 55m, and 200m. For next year, the team hopes to have more new members to increase their depth and continue their success.