Selfishness as the Driving Force Behind Voting 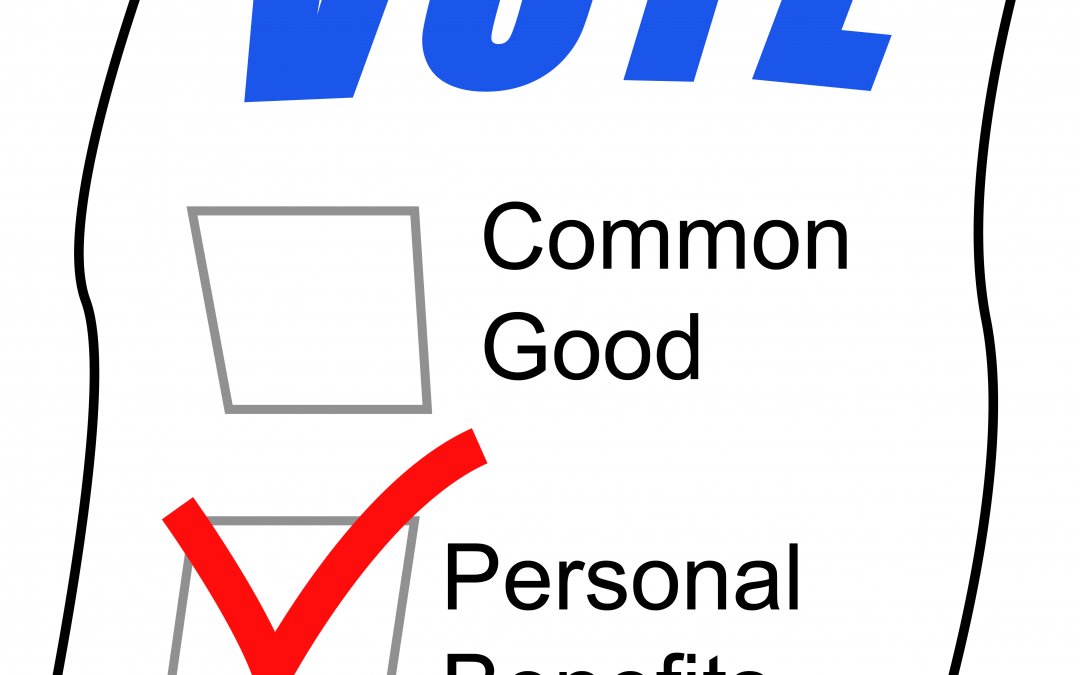 On the Saturday after Thanksgiving, I was dragged out of my room to watch the opening skit of Saturday Night Live. It was a rerun commenting on Kavanaugh’s election by the Senate, and depicted Republican senators partying after the judge was confirmed to the Supreme Court. While I did enjoy the skit, I recognized that it was designed to make the viewer think as well as laugh. So, what part resonated with me? I managed to pinpoint a quote by Cecily Strong, who played senator Susan Collins in the skit: “I think it’s important to believe women until it’s time to stop. But…you know, I’m a guy’s gal, okay?” While it was intended to mock Collins for not supporting her own gender, this quote brings up a more serious question: why would anyone support a cause that damages their own ‘people’? Why root against the progress of your own team?

To me, it seems similar to a Pingry student rooting for the other team during a sports event. You may ask yourself why any Pingry student would do such a thing. The answer is simple: they must feel a stronger affiliation with the other school than they do with Pingry. Perhaps they are indifferent and throw their support behind the opponent, seemingly more deserving of it. Maybe they choose to root for a friend on the other team.

But is this really why people vote against causes that could potentially benefit them? For instance, it seems hard to believe that any woman could feel a stronger affiliation with “sexist” policies or actions than they do with “feminist” ones. It seems even harder for me to believe that a woman could outright dislike feminism. There must be some reason why some people are able to forsake a group that they are expected to support, much like our hypothetical student who decided not to root for Pingry.

It is important to remember that many people will simply disagree with me; causes that I deem harmful to the progress of women or other groups may seem beneficial to some. However, there are others who recognize a cause as damaging to their ‘team,’ yet still support it. I have decided that the root of this decision is the selfishness ingrained in our society. This may seem paradoxical– wouldn’t selfish people support a cause that benefits them? Well, they do. Selfish people support causes that benefit them as individuals, not the groups with which they identify. For example, many believe that our current national leadership is opposed to causes that benefit women, but this does not seem to quell support from some women who remain unaffected. If a Pingry sports team wins or loses, the average student is unaffected and is at liberty to root for either side. As long as people care more about what affects them, we will continue to vote based on personal interest rather than the interest of our political, racial, and sexual groups.

The problem that we, as a society, then face is how to encourage stronger affiliation with one’s various groups. According to Alexander Hamilton, humans are inherently selfish, but I am unconvinced that persuading people to vote for the good of their “team” is a lost cause. Since it is more selfish than voting strictly for the good of society, while still less selfish than voting for individual gain, I find voting for one’s societal groups to be a middle ground that many should tend towards. It may even help people make better decisions that benefit themselves. For instance, if I considered my identity as an American, a woman, a student, a daughter, etc. while voting, I would likely end up making a choice that was best for both me personally and for everyone who shares those qualities with me.

So, let’s summarize. We support causes that are potentially damaging to our own societal groups based on our own intrinsic, inevitable selfishness, and the only solution is to entirely reimagine what we should see as important. A bit extreme, I know. But, the best place to start is within ourselves: remember to take others into consideration when making decisions that affect them.