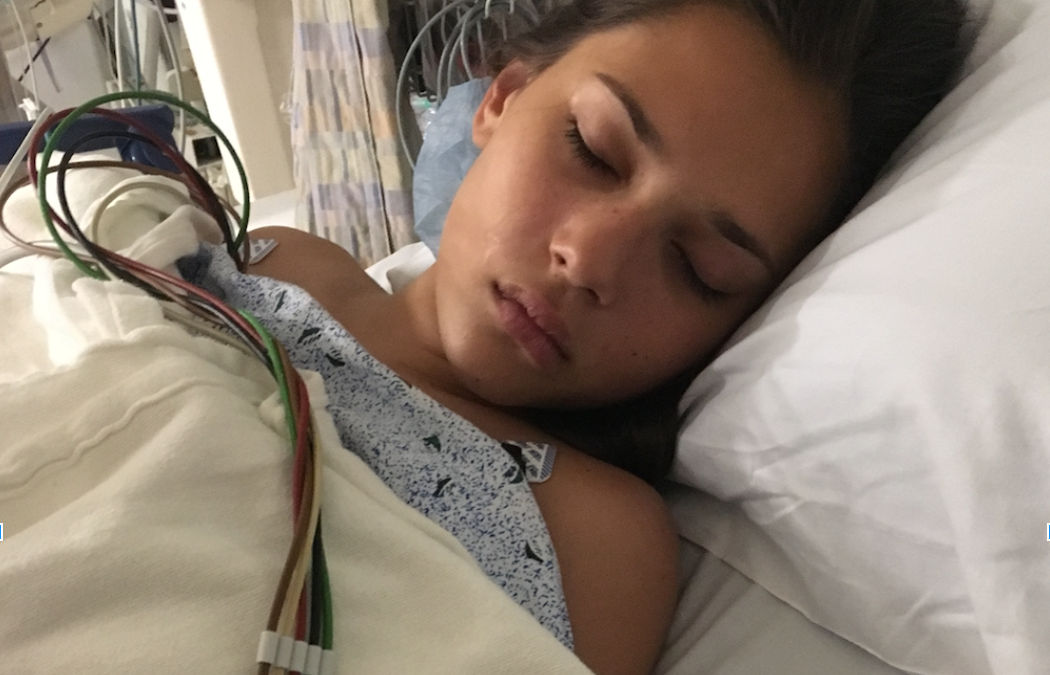 July 23, 2018 will be a day I will always remember. After finishing my lunch for the day, I began to feel sharp pains in my stomach and immediately thought – “this is very unusual for me.” Hours passed and the pain just kept getting worse. I was becoming desperate and anxiety crept in, so naturally, I turned to Google for some reliable advice on a homemade remedy. Long story short, the apple cider vinegar nor the lemon juice with ginger did my stomach any justice. I decided to call a friend, willing to try anything. She said that her mom usually gave her warm milk with turmeric. Immediately, I was a bit hesitant because I had no idea what turmeric would taste like. Looking back on it, I should have listened to my first instinct while I was chugging down a glass of that concoction. When I thought all hope was lost, I swallowed my pride and went to the people that I should have gone to in the very beginning: my parents. My dad gave me two Motrin and told me to wait. Nothing happened. My mom didn’t even believe that there was anything wrong with me, thinking I made the pain up. As I was counting down the hours to the never-ending day, my sister Emma approached my room, thinking she could give me some insight. “Hey Lauren, where is the pain, because it might be appendicitis.” I angrily responded, “Go away, Emma. It’s not appendicitis. It isn’t that bad.” Something actually being wrong with me was the last thing on my mind. In the end, I decided the best thing to do was to go to sleep and wait for the pain to subside.

At 2 a.m., I woke up to what felt like someone stabbing me in the stomach.  Immediately, I went to my parents, knowing that there something was terribly wrong.  My dad, as any physician would do, asked me to describe the pain and its location. I pointed to my lower left abdomen. My mom suggested appendicitis, remarking that she had had it around my age. Once she said this, I was reminded of Emma’s earlier comment. I could just hear her saying that she was right over and over again in my head. We soon rushed to the hospital and waited until I was admitted to a room. The pain was in full force, as if there was a war going on in my stomach. Finally, the drugs that the nurse gave me kicked in. I was starting to feel a little better, and thought that this was all a mistake and that there was nothing wrong with me. After many hours of testing, nothing showed up – that is, until they tried a CAT scan.

Once the scan was complete, the nurse came back and said that it was, in fact, appendicitis. Sighing in dismay, I decided to accept my fate and prepared for the surgery. I was not on the list of surgeries that day so I did not know when I could get this little monster out of me. So, I decided to get comfortable and watch TV for the remainder of the time. I mainly enjoyed HGTV, talking to my mom about how the couples chose the wrong house. I do not think that she was as invested as I was, after seeing the concern on her face. Finally, the doctors came in and wheeled me into the operating room.

The doctors began to give me anesthesia. In about 10 seconds, I was out like a light. I woke up being wheeled back to my room and being set on my bed. “It’s over,” I thought. Wrong. The remainder of the night consisted of doctors coming in and out of my room every single hour, checking my heart beat and asking me how I was feeling. I can certainly say that that was the worst sleep I have ever had. The following morning the doctors finally said I could go home and told me that I couldn’t do any physical activity for a while. The next few weeks consisted of me lounging around, hunching down on my stomach so it wouldn’t hurt, and watching movie after movie, including the whole Harry Potter series. I think that we can all agree that Dolores Umbridge, the “Lady in Pink,” was a far worse threat to Harry Potter than Voldemort. Fast forward to August, and I was finally starting to feel like myself again. I wish that I could say that, at the end, I learned more about myself or that I am a changed person, but I am not. I am still the same Lauren, just minus an appendix.