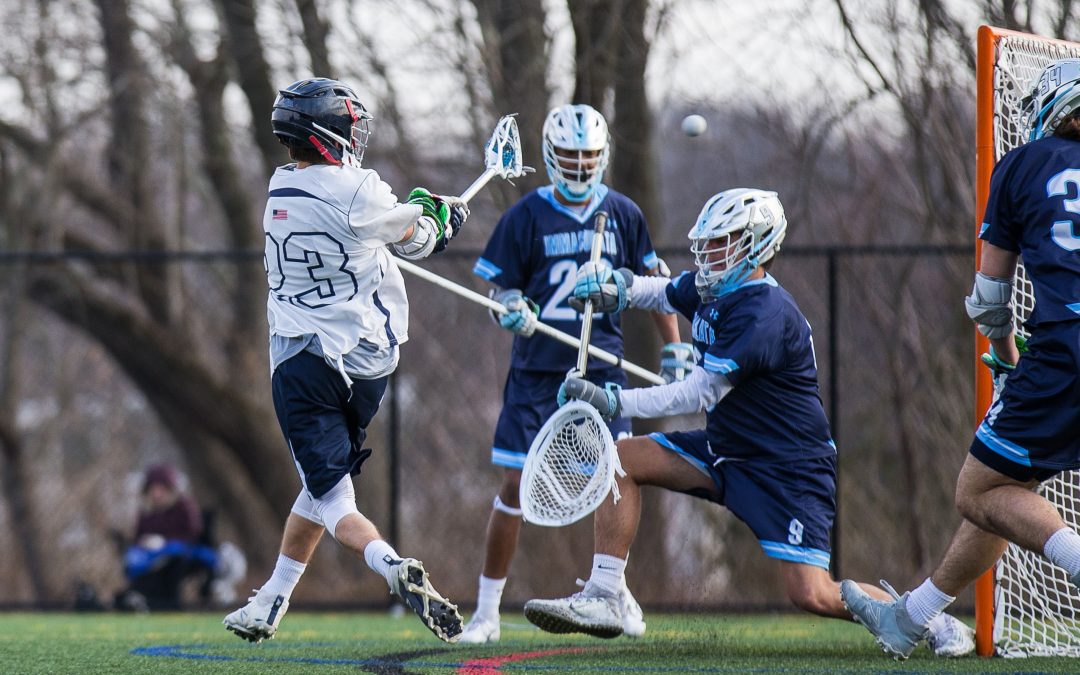 Outplay, Outwork, Outlast! Pingry boys’ lacrosse is certainly on their way to do all three of these things this season, which began in early March. The team has participated in eleven games so far, and has won the majority of their meets, with a record of 11-7. “We are up and down in terms of wins and losses, but the boys have steady growth in terms of skills,” says Head Coach Michael Webster. Their best game was against Hunterdon Central, in which Pingry won 8-5.

“My favorite part of the season was the Hunterdon Central game, because the team came together and rose to the occasion to beat a strong team,” says Jason Weiss (VI), one of the captains. Most of the boys’ lacrosse team members have high hopes about the rest of the season. “I am extremely optimistic about the rest of our season. We are heading into the county tournament and are trying to achieve our team mission of winning the state title after it. All eight seniors have stepped up this year trying to lead a much younger team than there has been in years passed, and the team is excited to try and win its fourth state championship in a row,” says Weiss (Fifteen freshmen have joined the team this year, with five on varsity and ten on JV). “They have been extremely helpful, with two entering into the starting lineup and others helping out as role players.”

Coach Webster also expressed high hopes for the season. “I am optimistic that we can defend our state championship from last year in the Non-Public Group ‘B’ tournament,” he says. Good luck, Pingry lacrosse.