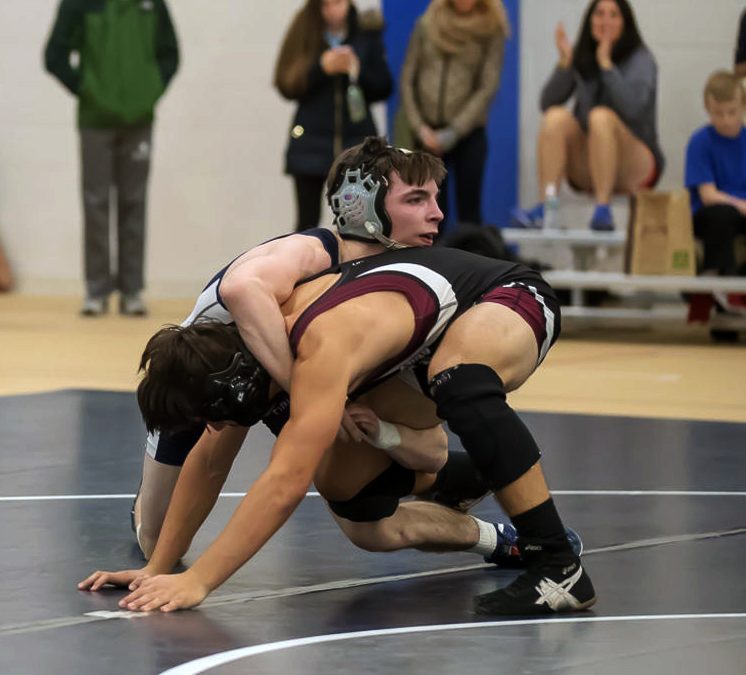 After coming back from winter break with a 1-6 record, the wrestling team made a strong comeback, bumping their record up to 10-9.

One big accomplishment of this season was winning the Rutgers Prep tournament. The team also celebrated Brandon Spellman (V) as their first county champion in over a decade.

The team’s “technique, conditioning, and toughness have improved all season long, thanks to dedication and discipline,” Head Coach George Sullivan said.

This attitude was evident in their match against Manville. Though the team lost 30-40, they “battled through every bout and set the tone for the rest of the season. We were battling injuries and had a string of losses, but the team put that behind them and gave it everything they had anyways,” Mr. Sullivan said.

The team also has the potential to put several wrestlers deep into the postseason, with some wrestlers hoping to advance to regionals. “With a chance to have a historic postseason finish,” said Mr. Sullivan, “I know that our wrestlers have put in the time and effort to finish on top.”