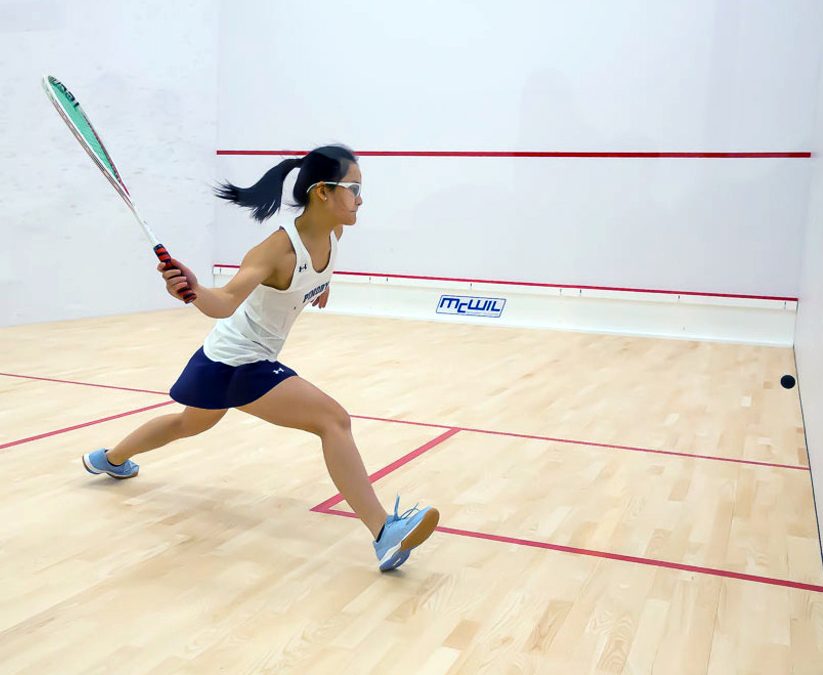 The team played multiple matches over the course of their season, winning against schools Blair Academy 5-2 and 7-0, Poly Prep 5-2 and 7-0, SCHA 5-2, and Penn Charter 4-3, and losing to Lawrenceville 1-6, Greenwich Academy 0-7, and Choate Rosemary Hall 3-4.

The team traveled to Philadelphia for the High School Team National Championships seeded 16th, the bottom of Division 1. However, with great effort and skill, they were able to walk away with the eleventh-place title.

Girls’ squash not only had successful individuals but also “a lot of team bonding,” according to newcomer Eva Schiller (III). “The team is really close-knit.”

While captains Chen and Namita Davey (VI) will be leaving this year, the team is sure to continue to produce exceptional performances in the years to come.