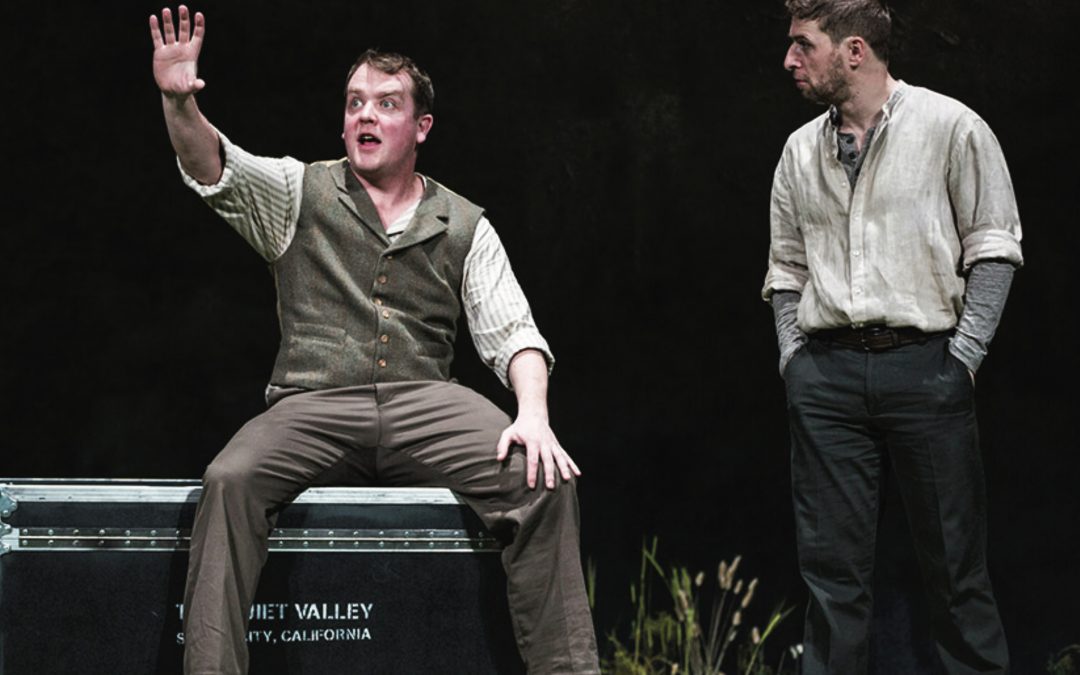 On February 1, the students in the Drama program visited the McCarter Theater to see a live performance of the play Stones in His Pocket by Marie Jones. There, students were captivated by the performance of two actors, Garrett Lombard and Aaron Monaghan, who each played more than ten characters throughout the performance. Though different from a standard play in terms of the number of actors, Ms. Stephanie Romankow, the drama teacher, remarked on the importance of how just two actors “were able to portray such a unique story” by “rearranging their physical roles.”

Stones in His Pocket, set in a rural town in Ireland, tells the story of two friends who are hired to play extras for a movie. In the beginning, the friends are enthralled by the idea of being in a movie; however, as the film carries on, the charm and appeal of life on the silver screen starts to disappear. The play is set in motion when a local townsperson commits suicide from the humiliation he underwent when trying to socialize with one of the movie stars of the film. The two friends and the townspeople are devastated by his passing and are conflicted when the film crew are unwilling to let the extras take time off to attend the townsperson’s funeral. After fully understanding his situation, two friends gain a new perspective, allowing them to recognize the reality of how the film crew’s selfish desires to finish the movie left them uncaring for the people of the town. To try and honor the local townsperson, the two friends try to rewrite a script dedicated to his life. When they present the script to the director of the movie, the director ironically suggests the lack of romance would not appeal to the general audience.

After returning to Pingry, classes reflected on their perspectives of the play. When asked about the most important message of the play, Ms. Romankow emphasized “the importance of extras in life,” suggesting that “no one should be overlooked…. Everyone has their own story.” Ms. Romankow thoroughly enjoyed the trip and is looking forward to more drama field trips.

In addition to the teachers, the students also had their own takes on the show. “Watching seasoned actors perform in a show like Stones in His Pockets really allowed us to see how the skills and techniques we learn in drama are implemented at the professional level,” said Megan Pan (VI). Overall, the field trip to the McCarter Theater offered a unique experience for the drama students, one from which they could learn and grow as a community of actors.