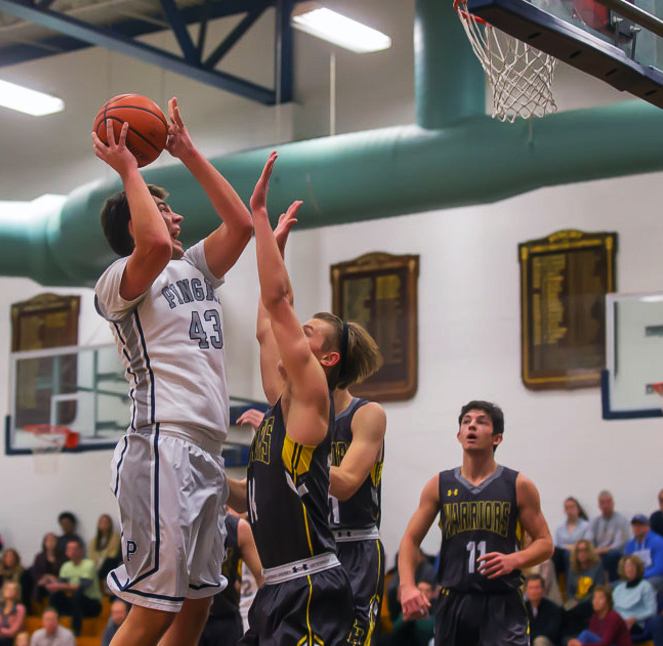 The boys’ basketball team has had an eventful season this year, maintaining a 4-17 record. The team has had many notable individual accomplishments throughout the season.

In a close match against district rivals Belvidere, captain Michael Weber (VI) scored his 1000th point this season, a spectacular feat for any high school basketball player. In addition, Nate Hefner (V) “scored a buzzer beater when they were one point down against Belvidere,” Head Coach Mr. Jason Murdock said.

After having a concussion that benched him for part of the season, four-year varsity player Zach Aanstoots (VI) returned to the team. Weber said, “many underclassmen [like] Pat Stefurak (IV) and Shane Shannon (IV) have improved tremendously as the season has progressed.”

Overall, Mr. Murdock says the team “had a great cohesiveness, good work ethic, and a level of competitiveness.” For the next season, he plans to build more teamwork by taking the team to summer training camps and playing in summer leagues. He would like to develop a greater sense of urgency towards development and commitment, though he is proud of the direction the program is going in.