Black Panther Keeps Your Eyes on the Screen 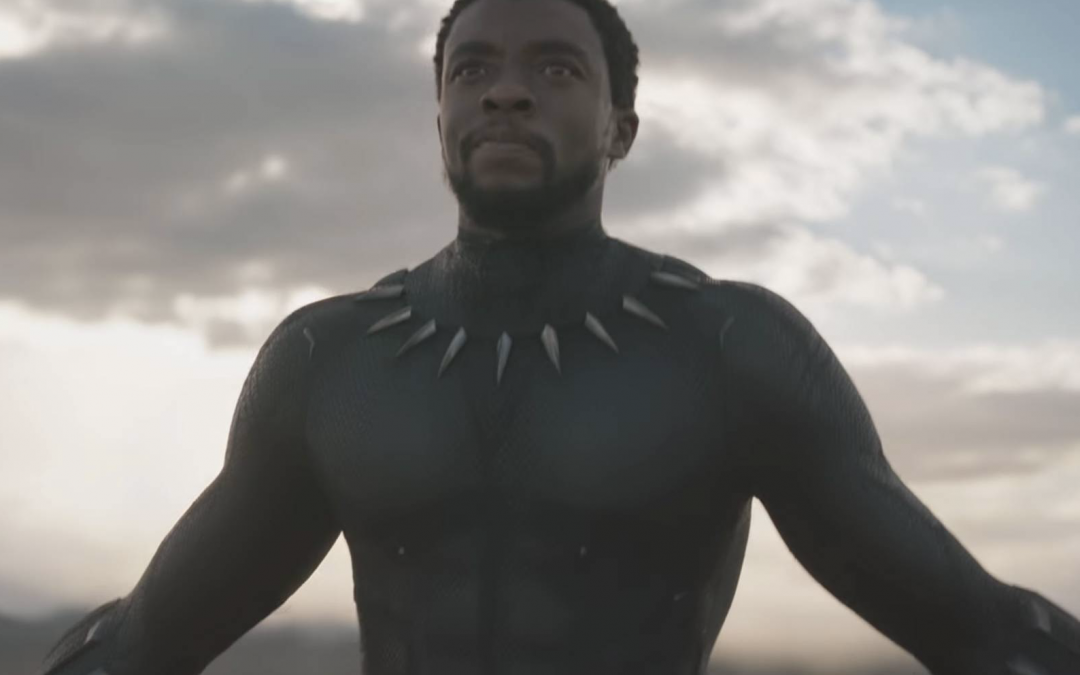 The film opens with an introduction to the fictional nation of Wakanda in East Africa. Many centuries ago, this nation was struck by a meteorite that contained vibranium, the most powerful metal on Earth. Wakanda then unlocked the powers of the Black Panther and five tribes emerged. Because of the strength of the vibranium, the citizens of Wakanda did not want it to fall in the wrong hands; thus, using the vibranium, they concealed their gorgeous and technologically advanced world to appear like a barren third world country.

Unfortunately, the King of Wakanda is killed while presenting at a United Nations Press Conference. His son, T’challa, is left behind and must assume the role of the new King of Wakanda. The powers of the Black Panther are transferred to T’challa and he must ensure that there is peace both inside and outside of Wakanda’s invisible walls. One key component of Wakanda is that they have undercover spies posted in various global locations to inform the home base of any dangers to their safety.

One of the recurring problems that T’challa and the kingdom of Wakanda face is the notorious arms dealer, Ulysses Klaue. Earlier, Klaue had found a way to break into Wakanda and steal some vibranium. Ever since then, he used the powerful metal to illegally create and sell deadly weapons. T’Challa, with the aid of his female sidekicks Nakia, Okoye, and Shuri, go to South Korea on what they believe to be an easy mission to finally capture Klaue. However, T’Challa meets his match, an outsider who possesses a vibranium chain.

At the same time, a former member of Wakanda betrays the kingdom by trying to expose all of Wakanda’s resources to the world and potentially causing ruin and destruction if the vibranium ends up in the wrong hands. Black Panther and the entire Wakandan kingdom therefore face a problem that is even more potent than protecting their precious vibranium: how to address a traitor.

Black Panther is a movie filled with action packed scenes, beautiful landscapes of the fictional African nation, and many drops of humor. Even though the film was a little over two hours, my eyes were glued to the screen the entire time. Aside from the brilliantly written plot, a major highlight of this movie was the African-American representation in the cast. Cast members included Chadwick Boseman (who starred as the Black Panther), Michael B Jordan (who played the Wakanda outsider and eventual villain), Lupita Nyong’o, Angela Bassett, Danai Gurira, and Daniel Kaluuya.

Another key element in Black Panther was female empowerment. Most, if not all, of King T’Challa’s main advisors are women. The strongest warriors in Wakanda are also women. Furthermore, the soundtrack for the movie adds to the theme of African-American empowerment with top artists such as Kendrick Lamar and SZA contributing to the score. This powerful representation of African-Americans and strong women in the cast helped Black Panther become the fantastic film that it is.

As a young African-American woman, it felt good to finally see people who look like me being in the majority of a movie’s characters. Usually, superhero movies have a token Black person as a minor or stereotypical character. Black Panther rose above this norm and empowered African-Americans to take on strong roles. Black Panther is definitely a must-see movie. The electrifying music, cast, and plot make this movie excellent. I’m already planning for when I can rewatch it!