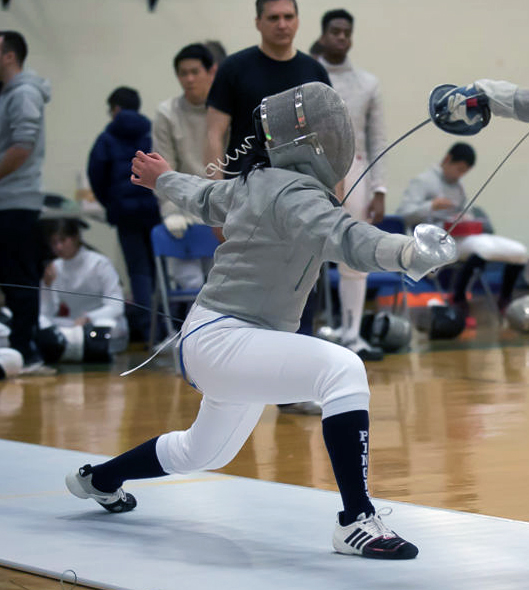 The girls’ fencing team has started off the season very well, with all the fencers eager to tackle new challenges and take advantage of new facilities. With preseason ending and the regular season starting, the girls are excited to test out their brand new electric fencing strips. Monica Chan (III) said, “I think it’s great that we have new equipment and a new facility in the BAC. It’s really exciting seeing the team change and transition into this space, and I must say warmups are much less crowded. This new space allows for a larger team and more people practicing at once.”

Previously, the fencing team had practiced in the storage room in the arts wing. The introduction of the Bugliari Athletics Center was a big step up for fencing. The team has been utilizing these new facilities as much as possible. Coach Li says his goals for this fencing season “are to form a cohesive, competitive, social unit that enjoys training, competing, and hanging out together.”