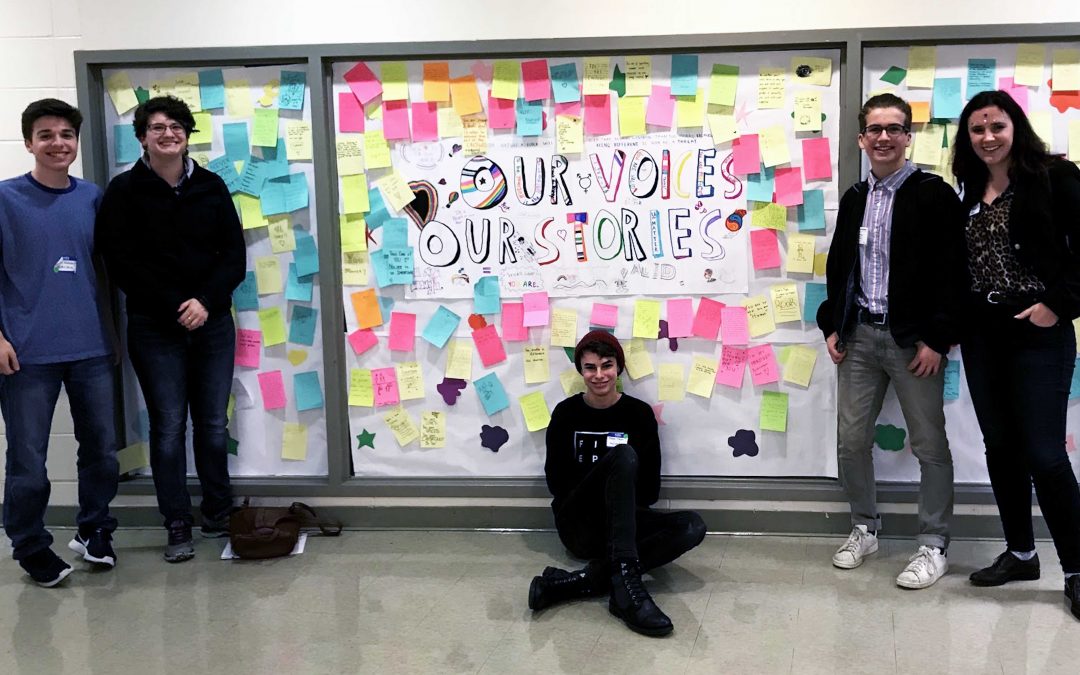 Along with Ms. Kathryn Smith, Assistant to the Chair of the Diversity and Inclusion Department and Upper School Latin teacher, and Ms. Stephanie Mygas, Upper School science teacher, the student leaders of Pingry’s GSA attended keynotes and workshops throughout the day to learn about a variety of different topics ranging from privilege to self-care to building a better GSA.

The day began at 9 AM. An impressive showing of over six hundred attendees seated themselves in the central auditorium to mingle and listen to opening remarks. A keynote panel was held, featuring four prominent LGBTQ+ youth leaders in New Jersey. The panelists introduced themselves and answered questions regarding their identities, touching on the event’s overall theme of sharing LGBTQ+ voices and stories.

After the panel, there were three rounds of workshops with a short break for lunch in between. The workshops ranged from the hands-on “Salon,” in which participants learned about and engaged in the queer tradition of drag style and makeup, to the informative “Know Your Rights,” where participants took a deep, analytical look at New Jersey’s protections for LGBTQ+ students.

Other workshops included “HIV: Break the Silence,” which educated attendees on how to protect themselves from HIV, and “The Power of Storytelling,” which gave participants the opportunity to explore the many ways they can share their unique story.

“This was my second year attending the GSA Forum and I can see how it has impacted our students,” said Ms. Smith regarding her experience at the event. She continued, “It allows students to grow as activists and people, and affirms to them that they are part of a community that stretches way beyond their friends and school community.”

Ethan Malzberg (V) said, “The forum was an eye-opening opportunity to learn about the current state of the LGBTQ+ community. It was really insightful to meet so many peers and adults who I can relate to.” Those who attended the event look to bring the information and skills they have gained back to the Pingry community through working with Pingry’s GSA and Diversity and Inclusion Department.