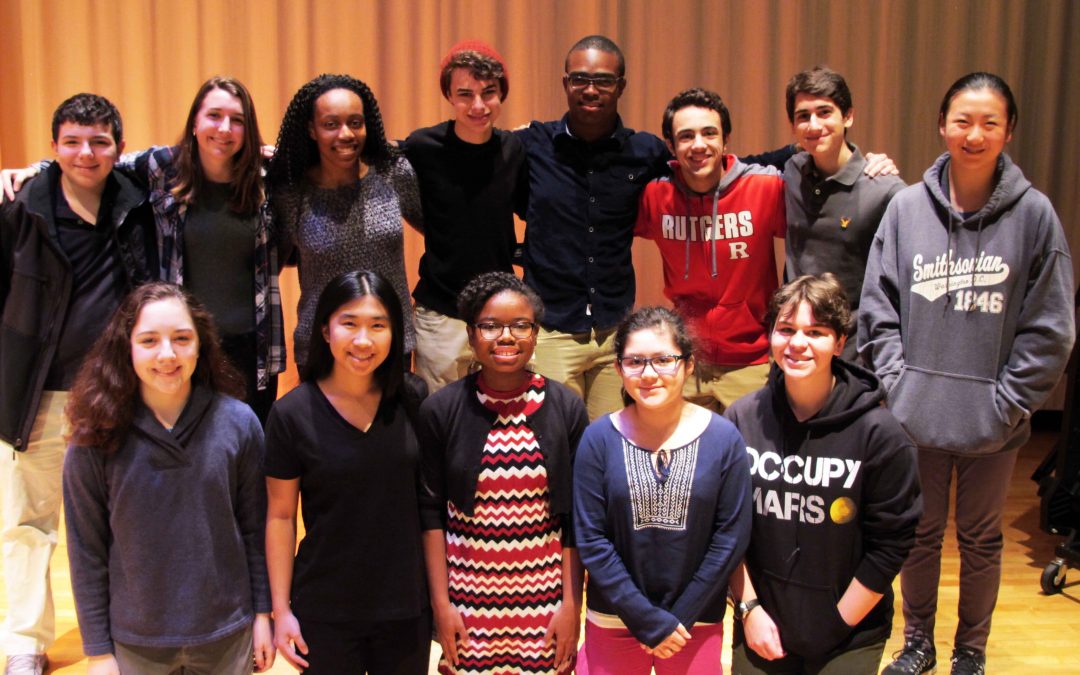 Pingry’s Podcast Club is a new club started by Annaya Baynes (V) and Udochi Emeghara (V) that gives students an opportunity to create an anthological podcast. A podcast is an auditory episodic series ranging from informational talks to audio drama. Audio dramas, which are the podcasts that the club is currently working on, are purely acoustic performances that have no visual components. Baynes described them as “a totally unique way to experience fiction.” The five episode series that the club is currently making draws from the talent of its 15 members who are working together to write a script. According to Baynes, the theme for this anthology is the “folly of humanity.” The club is currently in its voice casting process, and the expected release of this intriguing podcast is early December. In an interview with the club leaders Annaya Baynes and Udochi Emeghara, we learned about the creative process and their current project.

Where did this idea of podcast club come from?

Annaya: I listened to fifty different podcasts this summer and I realized that I can do this! I bought a mic and I researched questions like: How do you write a podcast? How do you write a script? What type of equipment do you need? We have a lot of creative people in our school and we can do it.

Annaya: It’s ideal to have a smaller club, but it’s also good to see that there are so many of us interested in podcasts. There are roughly 15 of us in a classroom and it gets pretty hectic. You want to make sure that everyone’s voice is heard, but you also don’t want the result to be a jumbled up mess. There’s a lot of yelling and talking over one another, but it’s a very creative process.

What makes recording stories different from writing stories or acting them out?

Annaya: When you are writing for an audio drama, there is an inherent disadvantage because a play is something that an audience can see onstage. There is so much more that can be done with body language. An audio drama has to have the same clarity that you would have with a visual play but still not be telling and not showing.

Udochi: All that audio dramas have is the intonation of the voice, and how you can make people feel a certain way by just the sound of your voice is really really difficult to do.