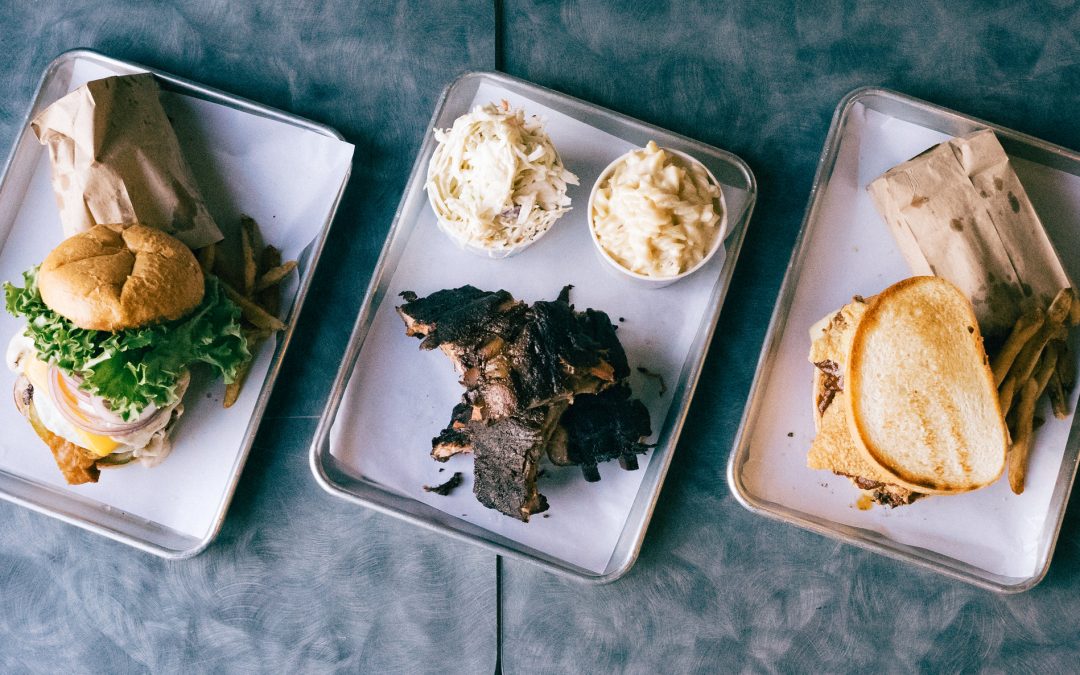 Delicious sandwiches and burgers, massive portions, and quirky décor can all be found at Burger/Que of Basking Ridge, a relatively new casual BBQ and burger spot located on King George Road, only ten minutes away from school.

I had passed by Burger/Que many times on outings to Frozen Falls or O’Bagel: in the context of the plaza, the restaurant’s corner location seems to make it an afterthought. A few months after first noticing it, I suggested the spot to a few friends who were in the mood for burgers. It turned out that the little store had a lot more flavor than I had expected, both in terms of atmosphere and food.

The first notable item was the décor. Even before entering the restaurant itself, we passed by a large metal pig sculpture. Inside were paintings of cows and pigs, cute signs, and a hand-chalked menu board, among other little trinkets. The restaurant itself was not large, seating at most around 30 patrons at tables for mostly three to four people. The atmosphere was both laid-back and full of character, from the alternating blue and brick walls to the metal buckets on each table used for holding sauce bottles.

The food was flavorful and filling. We ordered cheese fries as a table; I ordered the brisket sandwich for myself. The cheese fries were topped with two types of cheese and served in a large portion—addicting to the three of us who were there.

The brisket sandwich I ordered turned out to be two of the thickest slices of toasted bread I have seen sandwiching a good amount of fatty beef brisket, onion straws, and provolone cheese. Just half the sandwich was more than enough for one sitting. The meat and onion straws seemed to overflow from the bread—not a negative, considering the excellent flavor and texture of both. The bread itself was probably one inch thick and toasted to a crisp.

My friends, who ordered the BYO (build your own) Burger and the Figaliscious chicken sandwich, seemed to enjoy their meals, too. Looking around the restaurant, I noticed other quirky and tasty-looking sandwiches, such as the waffle burger (a patty surrounded by two waffles).

As Naiyah Atulomah (VI) said, “Their food is so amazing, I don’t care how I look when I eat. By the end, I have food and a content look on my face.”

The only two complaints I might have for Burger/Que are that the portions are too large and the food is unhealthy. Of course, the latter is what one expects from such a burger joint, and the former “complaint” is really just a great deal, considering that most sandwiches cost $10-11 and that the restaurant provides carry-out boxes for those (like me) who cannot finish an entire sandwich.

If you are looking for a break from the usual dry or monotonous meal, or if you enjoy satisfyingly flavorful sandwiches, I would highly recommend giving Burger/Que a visit. A great meal awaits.