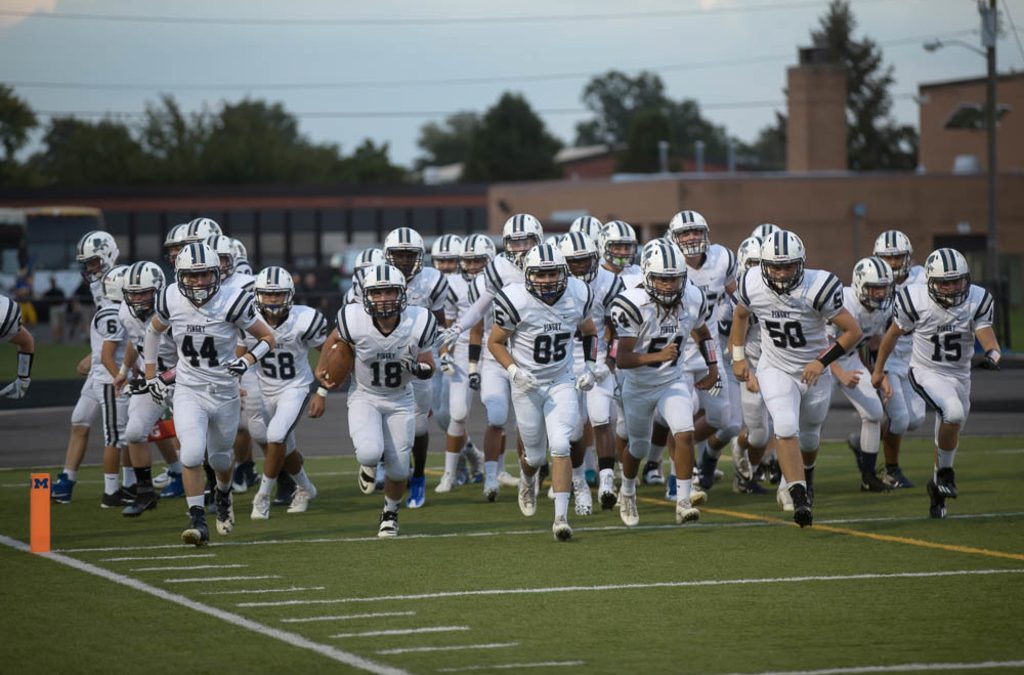 The boys’ varsity football season is already off to a solid start with a current seasonal record of 2-3. The team has been working hard since the start of August preseason under the guidance of Head Coach Chris Shilts and Assistant Coach Jon Leef. This year, the team is looking forward to playing in a new league with new competition.

The team looks to be incredibly strong with a significantly large senior class. According to captains Obi Nnaeto (VI) and Clyde Leef (VI), the team’s strength lies within its versatility. “We have a lot of people that can play a lot of positions,” Leef said.

The team played an incredibly close game at Homecoming on October 7th against Fieldston but ultimately lost to the team 48-49. Despite their defeat, Big Blue Football is “determined as a team” and excited to redeem themselves in their upcoming games.