Editorial: When Do We Get to Weigh In? 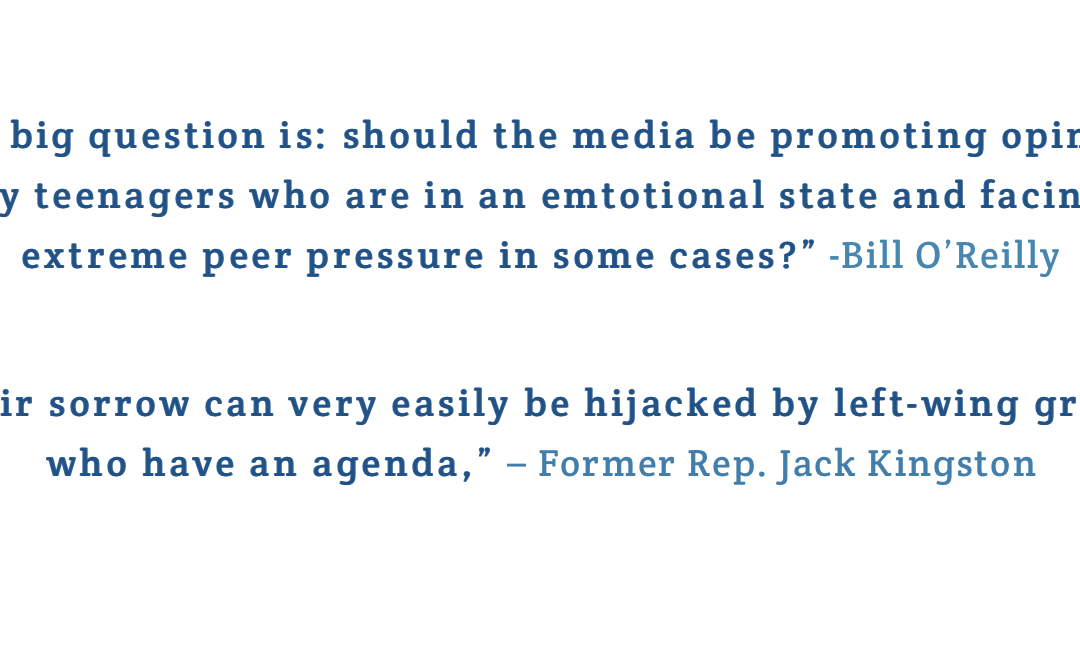 When I heard about the tragedy at Marjory Stoneman Douglas High School in Parkland, Florida, my first reaction was not to have one. “17 dead, 14 injured…” the car radio droned, and I remember thinking, oh. Another one. And I promptly forgot it.

I strive to be compassionate, but after years of hearing about mass shootings every few months, the concept of a mass shooting has lost its tragedy to me. It has become too regular an occurrence for me to summon up the same intensity of grief and despair that it once did. So on Monday afternoon, during an unseasonably warm fire drill, I forced myself to feel the visceral fear of those students under attack in Florida. For one searing second, I tried to imagine what might occur if an active shooter were on campus.

Would I dodge behind cars? Would I run fast enough to reach the BAC? Would I scream as my classmates were cut down, or would shock prevent me from registering it?

Now and in the moment, I shudder. My heart pounds in my ears. 17 dead in a high school of 3000 broke the Parkland community; 17 dead in our entire school of just 1000 would shatter us.

Something needs to change. But why hasn’t it already?

Everyone who passed middle school social studies knows that the Second Amendment guarantees the “right to bear arms,” an important provision in the Revolutionary era for establishing democracy in the face of tyranny and military
abuse. Since those days of muskets and bayonets, the Second Amendment has become a symbol of ultimate freedom—perhaps even more so than freedom of religion, speech, or press.

While other rights have served the same purposes throughout time and thus become established as simple, non-negotiable rights, the right to bear arms has nearly lost its original purpose
as guns become more developed and dangerous. Less thanphysically defending the republic against oppressive government military abuses, it has now evolved into taking an ideological stand for freedom—to the point where owning a gun is a deliberate exercise of that freedom, and the gun itself is used only for recreation.

So the symbolic power of gun ownership drives gun advocates and the National Rifle Association (NRA) to block any legislation proposed to curb our near unfettered access to military grade weapons. Instead, the national conversation
is redirected toward improving the mental health system to prevent the severely mentally ill from obtaining weapons and arming teachers to defend students.

But would these solutions be effective? I doubt it.

In my nightmarish reimagination of our Monday afternoon fire drill, who would be behind the trigger? I may not know any severely sociopathic, mentally volatile aspiring murderers, but I can think of many socially isolated, frustrated, angry teenagers who think they deserve better. Committing every adolescent who fits that profile to a mental institution and a lifetime of mental health stigma would be a greater offense to
constitutional freedom than any gun control restrictions could be.

And who would defend us? Should Dean Ross bring a weapon to Morning Meeting, just in case Should Dean Cottingham carry her pistol from her office to English class in the same bag as her laptop and glasses case? Would I feel any more safe surrounded by teachers with guns who have no experience or desire to wield them?

The image is absurd. Surreal. And for me, the answer is no—no to armed teachers, and no to an “improved” mental health system that confuses adolescent rage and clinical psychosis and treats both the same.

Thankfully, students are stepping up. The survivors of Marjory Stoneman Douglas are speaking out, arranging marches and protests, and challenging their representatives to take a
stand. The sorrow that ought to paralyze them is driving them to greater action, and I am grateful for their leadership in this fight for our lives and futures.

And yet somehow, their suffering is not enough. In the eyes of some prominent national leaders, our loss does not make us qualified to speak—it disqualifies us, because we are too young. Too blinded by emotion. Our tiny, undeveloped
prefrontal cortexes are too easily manipulated and influenced by the freedom-hating left agenda.

What would the victims of Parkland say to that?What would the founding fathers think? Maybe I don’t know enough. I don’t understand the intricacies of politics, the checks and balances, the hard-earned compromises that got us to today. I definitely don’t understand the appeal of and attachment to assault weapons that so many Americans feel so passionately. But here’s what I do know: I am 17. I go to a school—like
Sandy Hook, like Columbine, like Marjory Stoneman Douglas High—and I am afraid. I may not have all the answers, but I think I deserve a chance in finding them.